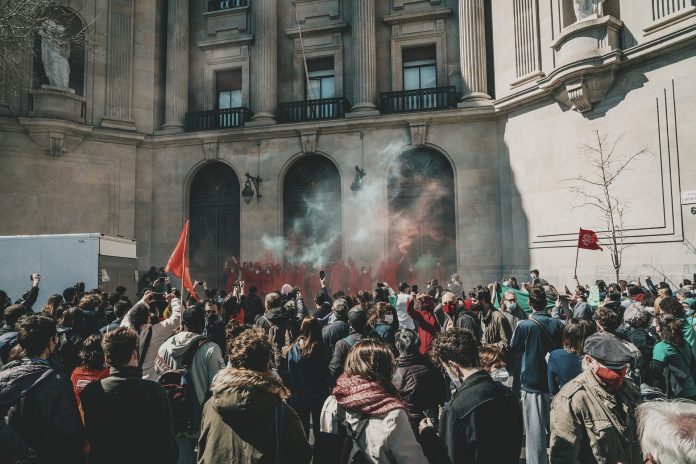 At the moment, a directive is being decided at the EU level that would place a minimum effective corporate income tax (CIT) rate of 15 percent on large-scale company groups. The directive is expected to address tax challenges caused by digitalization and ensure that companies pay “a fair share of tax.” In sum, it suggests a move towards building an international tax conglomerate for raising additional tax revenue.

CIT is known as a tax that damages economic growth and welfare more than other taxes. Globalisation pressures have led to reductions in the rates of CIT globally, making taxation more business-friendly. Yet, regulators are now taking an unprecedented effort to preserve the existing CIT model and limit tax competition. The proposed measures raise serious concerns and involve multiple unintended consequences.

The global economy is becoming increasingly digitized as more goods and services are sold on the internet. Physical presence is no longer necessary to do business in a country. According to the European Commission (EC), these new circumstances have “led to new opportunities to manipulate the existing principles through tax planning schemes.” So limiting corporate tax competition via a minimum CIT, the thinking goes, will put an end to tax avoidance by digital companies and ensure a level playing field for all.

To achieve this goal, the EC proposes several complex rules that would apply to all company groups with consolidated revenues above EUR750 mln.

In all its computation and regulation complexity, CIT is the least suitable tool to harmonize taxes and raise public revenue. These new rules would add even more complexity without providing a sustainable solution.

The idea behind the directive is to “ensure that all corporations pay their fair share of tax on profits generated by their activities in the EU”. The policies that are designed to achieve this objective raise serious concerns and will likely cause numerous unintended consequences.

First of all, the directive would take away the sovereignty of Member States to determine tax rates and undermine the balance between direct and indirect taxation. Member States will no longer be in a position to pursue business-friendly tax policies. Take, for example, countries with modern deferred corporate income tax regimes, such as Latvia and Estonia. These countries apply CIT only at profit distribution, so if companies choose to save and invest, they pay no CIT. Under the proposed directive, companies in scope will have to calculate their fiscal profits and pay due tax. The whole fiscal accounting will have to be altered.

Furthermore, if a country shifts from the traditional CIT to the deferred corporate tax model after the 1st of July 2021, it will face more extensive restrictions: a minimum effective tax rate will have to be paid every year, not every four years.

On top of getting the highest administrative burden, smaller Member States will incur the highest competitiveness losses. Small countries cannot attract investors by offering a large market or high investment subsidies. The directive will effectively stop them from competing via lower CIT rates or more business-friendly CIT rules.

The minimum tax directive entails a massive expansion of administrative procedures and bureaucracy. As was mentioned, companies will have to calculate the effective tax rates paid in every jurisdiction where they operate. Monitoring compliance with the rules in a transparent, accurate, and coherent manner will be as challenging as the implementation of the rules. The complexity will therefore challenge lawmakers and tax administrations. For small countries with fewer resources and smaller tax administrations, this burden will be particularly acute.

The directive might furthermore create legal uncertainty for countries that apply preferential CIT regimes or no corporate income tax for certain types of investments or investments in specific locations. Contracts between investors and national governments that fall under such regimes normally have a defined timeframe and extend far beyond 2024. The following question remains: How will the legitimate interests of companies that have made investments and taken on commitments in certain jurisdictions because they offer a lower or zero tax rate will be protected if they fall under the scope of the minimum tax rules and must pay a top-up tax?

The ethical and legal foundations of the directive are questionable. As mentioned earlier, the Directive aims to ensure that multinational corporations pay their “fair share of tax,” but the articles of the directive do not define in any way what “fair share of tax” means. A study commissioned by the European Parliament states that “the Member States have a wide leeway to shape their corporate tax rates structure in a way that is exclusively aimed at maximizing their welfare, even if it is to the detriment of other Member States.” This suggests that cartelization, not competition, would now be expected to maximize the overall welfare of EU Member States.

The fact that the directive is not supported by a proper impact assessment is particularly troubling. The EC explains that OECD has already carried out an impact assessment of the global minimum tax regime. However, there are sweeping differences between the measures set out in the OECD impact assessment report and those in the EC’s proposal.

Firstly, the OECD delineates a 12.5 percent minimum tax rate, while the directive sets out 15 percent.

Secondly, the EU directive extends the scope of the new rules and includes purely domestic groups in addition to multinationals, which goes way beyond what was agreed upon in OECD.

Thirdly, the two documents lay down different substance carve-outs or specific tax allowances. For example, the OECD impact assessment assumes deduction for depreciation expenses, while the EU directive stipulates deduction based on value of tangible assets.

Lastly, what happens if the EU Member States enact the minimum tax and other countries do not? The EC does not provide any assessment of what impact this scenario would have, even though it would clearly create a competitive disadvantage for the European economy.

Prospects fade for 15% global minimum corporate tax rate deal …and that could see Ireland stuck in the middle of a messy row between the US and the EU https://t.co/9RppNSvUfb

A way forward amidst fallacies and failures

The proposed EU directive is designed to safeguard the profit tax base and alleviate the growing competitive pressure to reduce CIT rates. It threatens to take away the sovereignty of Member States to choose the form and extent of taxing capital returns, all in the name of “fair taxation” which is not even defined in a legal way.

The new rules would mostly hurt smaller and the less-developed Member States. It is obvious that pro-growth, investment-friendly tax regimes can make up for their small markets and under-developed infrastructure, but the directive would slash these possibilities to catch up with the technological and productivity levels of the old Member States.

The additional accounting rules and reporting requirements that the directive entails would exacerbate the burden on businesses and tax administrations. Again, this would be particularly painful for smaller countries that have fewer resources and fewer firms falling under the scope of regulation but will still have to build an intricate system to ensure compliance.

The best way to ensure a level playing field between all companies is to allow global tax competition to give rise to a more transparent and efficient tax system. Instead of mending the CIT, it is reasonable to move the tax base away from financial profits towards less damaging forms of taxation, such as consumption and pollution taxes.

The implementation of the directive threatens to put national lawmakers, tax administrators, and businesses on the line and create uncertainties that would only aggravate the afflictions evolving from the current geopolitical crisis.

Without a proper impact assessment of the economic and legal repercussions of the new rules, the proposed EU directive is destined to fail. No wonder EU27 is struggling to strike a compromise and agreement.

👉EU official
Understanding is that Poland blocking minimum tax coz of its recovery plan. Idea is to approve plan in April & Pillar 2 unblocked in May.
Last hurdle with Poland's recovery plan is procedure of reinstating the judges that were sacked & some safeguards Poland wants