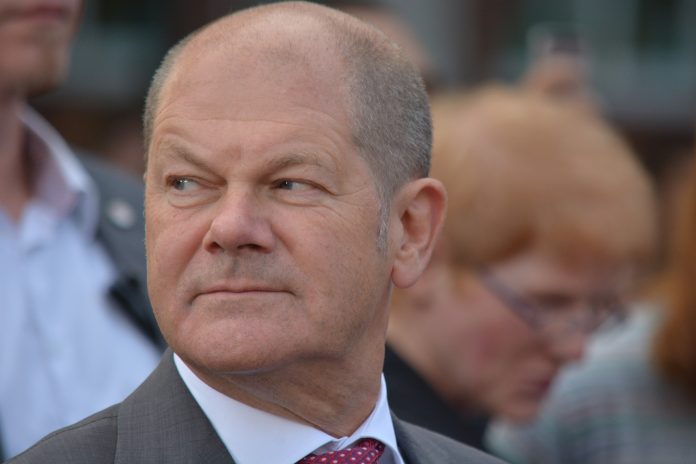 After several weeks of coalition negotiations, Olaf Scholz (SPD) was sworn in as Chancellor of the Federal Republic of Germany on 8 December 2021. The politician from Lower Saxony, who gained global attention as mayor of Hamburg during the G20 protests in 2017, has now been head of government of the largest economy in the European Union for exactly one year, setting the political direction of the three-party coalition. The one-year anniversary of Scholz’s chancellorship is a good opportunity to assess his leadership style and past achievements. The focus here will be in particular on his achievements in relation to the European Union, rather than a domestic policy review.

Olaf Scholz gave his first speech on European policy in Prague in late August — more than half a year after taking office. This late timing suggests that EU relations do not rank high on the Chancellery’s agenda. Especially in the context of the Russian war in Ukraine, which had already been going on for almost half a year at the time of the speech, many Europeans had wished for a more resolute and timelier positioning of Germany, which, as a large and powerful country, could have taken on a leadership role for the EU. In his speech, Scholz addressed a number of reform proposals and roadmaps that would be needed within the Union in the future. Among them were, for example, suggestions for further enlargement to the East, for greater consultation in the field of defence policy, and a tough stance on Poland and Hungary when it comes the rule of law. These policy stances, especially regarding defence policy and consultation, came much too late.

Macron's geopolitical view of the US-China rivalry as a destructive, unnecessary fight for hegemony and Scholz' commercial approach to China fit well together. Both are seeing China primarily as a partner, not a rival. https://t.co/xPwWOSbVWW

Apart from that, under Scholz, Germany has repeatedly been attracting the attention from the other EU member states in a negative way. Recognition and positive statements were largely absent during the past year of his term in office. The Chancellor’s European policy is considered to be selfish, especially with regard to Germany’s China policy, arms deliveries to Ukraine and the Europe-wide gas price cap. The chancellor has been accused of only looking after German interests, thereby letting EU partners down. Germany has been accused of distortion of competition, which is also used as a trick to justify creating a fund at the EU level instead. Something similar happened with the Covid recovery fund. Resisting such wishes of certain European partners is of course in Germany’s interest — but there is room for improvement in the way this is communicated.

"For the time being, we have put a stop to it," German Chancellor Scholz said in an interview about the threat of nuclear escalation.

The Franco-German relationship under strain

The relationship between France and Germany is similarly strained. The meeting between Emmanuel Macron and Olaf Scholz in late October at the Elysée Palace in Paris could hardly have been more difficult. After a friendly welcome, they smiled for the cameras and then disappeared behind closed doors to hold diplomatic talks. The result was a press conference being cancelled at short notice, leaving Franco-German relations at least as fractured as before. Both countries are not coordinating their decisions or are coordinating them insufficiently, although it would be important for the two most important economies of the EU to unite in a way that is also visible to the outside world. On a positive note, both sides seem to have acknowledged this problem.

It is difficult to predict what role Germany will play in the EU in the coming years. Will it stick to a hesitant, reserved and rather national-oriented policy or will there be a return to a policy of agreements and common strength at some point? It is certainly not fair to compare Angela Merkel and Olaf Scholz; after all, the Chancellor has been in office for just 1/16 of his predecessor’s time. Despite many mistakes in her national policy, Merkel radiated resoluteness, especially to the outside world, and ensured that Germany enjoyed great prestige on the international stage — of course also at the expense of transfers within the EU to the disadvantage of Germany.

China tensions between Scholz & Macron run deeper than many realize. In my latest WCIE for @GMFAsia I lift the curtain on their Beijing trip row, showing how the German leader’s rush to see Xi (gifts in hand) has undermined hard-fought EU unity on China.https://t.co/66zynyWeIP pic.twitter.com/4rOCNBb3Lt

No EU without Germany

One thing must not be forgotten — despite all the justified criticism of Scholz’s leadership style and his general approach towards politics:  Germany continues to be the largest net contributor to the EU budget. There can be no EU without Germany. At the same time, better coordination with partners in times of war on European soil is of great importance for everyone.

Scholz and the EU must send clearer signals towards Russia as well as China —thereby counteracting their neo-imperialist policies. At this point, German and EU interests are congruent. Olaf Scholz’s performance in this area has been underwhelming so far.