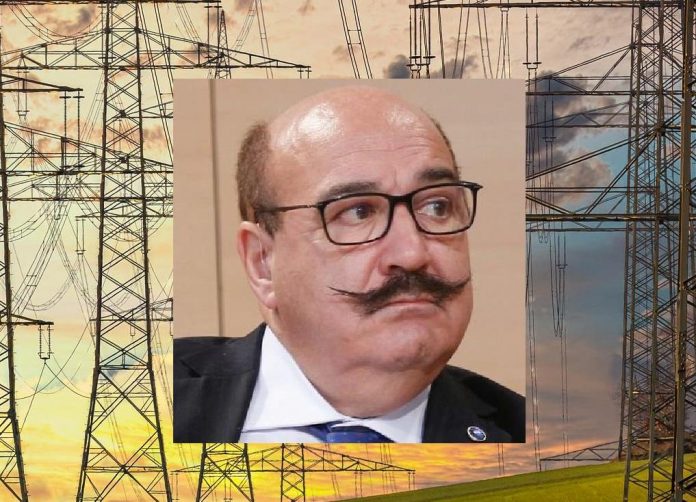 An interview with Professor Samuele Furfari, a former longtime senior official at the Energy Directorate-General of the European Commission.

In October 2000, the European Commission published a green paper with the title «Towards a European strategy for the security of energy supply». Professor Samuele Furfari, who served for a long time at the European Commission’s energy department, was in charge of communicating the recommendations of this strategy. The goal of this was to make sure that the European Union, which is heavily dependent on imported energy, would nevertheless ensure its security of supply.

Unfortunately, the European Commission did not follow its own recommendations, and under the impulse of Germany, other choices were made. In an exclusive interview for The European Scientist, reproduced in English by Brussels Report, Professor Furfari, who is also the President of the European Society of Engineers and Industrialists and author of numerous books on energy, looks back at this and explains the impact on the tragic events currently taking place in Europe.

The European Scientist: «For years, you have been warning about the danger of the ‘Energiewende’, Germany’s energy transition, and the dangerous dependence on Russian gas. Why did you do this? Which connection is there with the war in Ukraine?

The first one is diversification of energy sources – not putting all of the eggs in the same basket. Germany however chose to do away with nuclear power and coal and instead focus on renewable energies. This meant that in the meantime, gas was needed, because renewable energies are intermittent and variable. This was Germany’s first mistake.

Our second recommendation was to diversify from which countries we import energy: Germany however opted to focus on Russia. To have 60% of German gas imports coming from Russia is way too high. Germany has neglected this recommendation.

The third diversification recommended by the Green Paper was the diversification of supply routes. Here, Germany understood that it was not enough to use the Yamal-Europe or Brotherhood pipelines coming from Russia, crossing Ukraine and/or Poland, so diversifying via the Baltic Sea and Nord Stream 1 was a good idea. On the other hand, however, where Germany went wrong was that it did not build any gas terminal to import gas from far away – from Qatar, Peru, the United States, etc. It must be said that there were proposals to build terminals, but the German greens opposed them, because that would have meant continuing with fossil fuels.

In sum, Germany neglected its security of energy supply and followed the greens and their extremism. As a result of the war in Ukraine, the consequence is that Vladimir Putin now holds all the cards to create difficulties for the EU.»

TES: «Does the current conflict sound the death knell for the European Green Deal?»

S.F. : «The Green Deal appeared to be a sympathetic idea, promising that everything will be green and beautiful. It sounded very easy. In reality however, things are very different. The price explosions we are witnessing today are the consequence of our unavoidable dependence on fossil fuels.

Mr. Putin knows very well that it is only in Brussels and Strasbourg where people ignore or pretend to ignore these realities. The world is dependent on fossil fuels for 85%, so how can we possibly change this reality overnight?

That’s especially the case, since it is not because of climate change that we are interested in this. It’s very naive to believe that decarbonisation is forcing us to do without fossil fuels. Already 1973 and 1979, during the oil crises, we already had well understood that in order to reduce energy dependence, we must rely on renewable energies and increase our energy capacity. However, what have we done in almost 50 years? We have increased our energy consumption and, in addition, we have only managed to produce 2.9% of our primary energy balance with wind and solar power. In sum, to make people believe that we would manage to obtain 40% renewable energy in 2030 and 100% in 2050 is mere political posturing and has nothing to do with reality.

As a result, we should have reviewed this Green Deal a long time ago, but perhaps this terrible energy crisis may finally convince people that we need fossil fuels, nuclear power and why not renewables as well.

"The EU is sabotaging its economy in the name of unattainable climate targets"
New article, by Prof. Samuele Furfari, a former longtime senior official at the Energy Directorate-General of the European Commission:https://t.co/R9dpyzJ9lV @FurfariSamuele

S.F.: “We need to go back to the Green Paper I mentioned before. We must return to the principle of energy diversification. We need a lot of energy in the world and in the EU, and to believe that we are going to reduce our energy consumption is an illusion. The growing population and economic growth benefiting several billion inhabitants on earth mean that energy consumption can only grow. This growth will be done with nuclear and fossil energies and not with renewable energies. The latter will only be a secondary source of energy.

Therefore, the solution is to believe in the needs of all types of energy. The EU made a mistake by banning coal, going against its own Green Paper, which said that it was necessary to keep a strategic “base”. The EU Commission wanted to ban nuclear power too, but partially revised its green taxonomy rules on this point.

Still, let’s not forget, that in the state aid guidelines which the European Commission adopted last January, only state aid for renewable energy is allowed… and generously. Nuclear electricity must be rehabilitated, not only with lip service, but with enthusiasm, in order to attract young people professionally. We cannot leave the future of electricity production to the Chinese, the Russians and the Koreans.

.@TimmermansEU: Countries may extend their use of #coal and #nuclear if they COMPENSATE the impact on emissions by speeding up the introduction of renewables.

Mr Timmermans… NUCLEAR IS LOW-CARBON!!! There are no emissions to compensate?! Comparing nuclear & coal is crazy. pic.twitter.com/RESKT8z95S

By favoring renewables, the European Commission has favored a certain type of energy. This is a strategic error which the Commission itself had vowed not to make in 2000.

Furthermore, it is urgent to remove all national restrictions on the exploration and production of hydrocarbons. In Spain, last year, the Sanchez government banned exploration. In Italy, environmentalists and the 5-Star Movement are constantly calling for a halt – a halt! – of the remaining natural gas production.

There is also the ban on the production of oil and gas from bedrock – erroneously called shale. This is an aberration, given how the United States benefits from this. We already import American shale gas in the form of LNG but it is forbidden to explore it in the EU. I don’t understand this logic. It is not only hypocritical, as the pollution happens in the US, but the argument that it would pollute is false, because as I show in my books, there is no pollution due to hydraulic fracturing, a technology allowed in geothermal energy.”

Shale potential: Europe vs US pic.twitter.com/11gkHryad8

TES. “What are the consequences for energy policy at the global level? Could we see the emergence of other energy-related conflicts?”

S.F.: “Thank you for this question. There is ever more growing global demand for energy. Apart from the EU, all the energy consuming countries are organising themselves in order to ensure their security of energy supply. All of the world’s producer countries are working hard to provide all the energy the world needs.

How can countries suffering from a chronic unemployment in Africa, India and Asia develop without abundant and cheap energy, something pursued by the founding fathers of the EU in 1955? The world needs cheap and abundant energy.

The cheapest energy of all is coal. In France, much has been said about Scott Morrison, the Australian Prime Minister, in connection with the nuclear submarine affair, but it should also be mentioned that at about the same time, he pledged in the federal parliament in Canberra, while holding up a block of coal, that his country would produce all the coal that the world market will demand.

The world will continue to use coal, lots of coal, without worrying about CO₂ emissions. To think that we will convince others to follow us in our self-imposed decarbonisation is childish. Moreover, we have now already had 26 COP climate conferences and that the result is still zero: since the adoption of the United Nations Framework Convention on Climate Change, global CO₂ emissions have increased by 58%. Do we need to reach 99 COPs to realise this? No, the world needs energy and we have to take that into account. Europe only represents only 9% of the world’s CO₂ emissions. Even if we would eliminate our CO₂ emissions, create de-industrialisation or even degrowth, as some people demand, and have high unemployment, the world will continue to use fossil and nuclear energy.

The war in Ukraine should lead to fingers pointed at the EU, which wanted to have a one-track policy. This while others opt for all energy sources. We often hear that China is developing renewable energy, but China is developing all types of energy: oil, natural gas, coal, nuclear energy, renewable energy. It has 28 gas terminals. France 3 and Germany have none. China is doing what the European Commission recommended in 2000. There will be other conflicts, of course, because geopolitics depends on energy supply. We cannot do without this and we must absolutely become energy independent, just like we pursued in the past. It is urgent to start with this again. This is what China is doing, by working with all energy sources.”

Not one directed to Germany…. pic.twitter.com/f3khx7i7XP