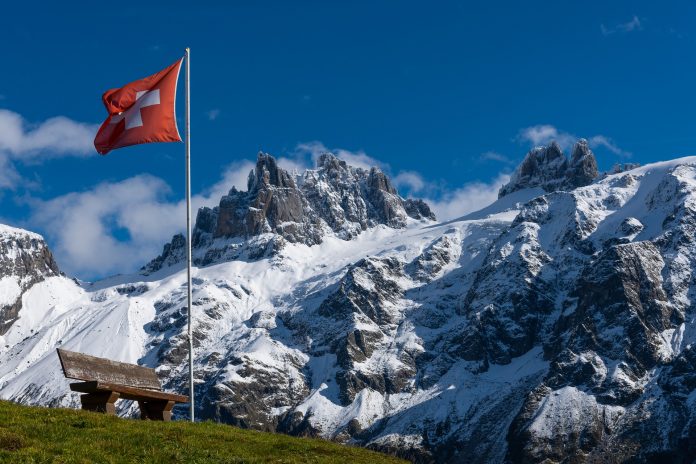 By Prof. Dr. Dr. h.c. Carl Baudenbacher, President of the EFTA Court between 2003 and 2017, where he served as a judge from 1995 to 2018, nowadays a partner in the law firm Nobel Baudenbacher (Zürich/Brussels).

8 March 2022 was a special day. For one thing, it was the 111th International Women’s Day. For another, on 8 March 2022, for the first time in 30 years, a Swiss constitutional body expressed a positive attitude towards the European Economic Area (EEA), traditionally demonised in Wilhelm Tell’s country: The National Council – Switzerland’s lower house – adopted by 112 votes to 69 with 6 abstentions a postulate put forward by Roland Fischer, a Lucerne Green Liberal, calling on the Federal Council – the Swiss government – to examine the advantages and disadvantages of joining the EEA and to report on it. The UN motto for International Women’s Day 2022 was «Break the Bias». This motto also fits the upcoming discussion on the EEA. In both cases, it is about breaking through prejudices and stereotypes.

Switzerland is the fourth largest export and import market for EU goods after the U.S., China and the U.K., covering around 8% of EU foreign trade. 69% of Swiss imports come from the EU and 51% of Swiss exports go to the EU. Every working day, goods worth over CHF 1 billion are exchanged between Switzerland and the EU. In the services sector, Switzerland is the EU’s second most important trading partner with an export share of 11%. 13% of foreign direct investment in the EU comes from Switzerland.

How did we get here?

Mr. Fischers initiative comes at a time when the Federal Council is struggling to get its act together after the breakup of negotiations on the conclusion of an «institutional framework agreement» with the EU («InstA»). This draft treaty, which was supposed to build an institutional roof over the most important EU-Swiss bilateral agreements, was very one-sided. It foresaw the dynamic adoption of EU law by Switzerland, surveillance by the European Commission, de facto jurisdiction of the European Court of Justice (ECJ) and a provision which made termination almost impossible.

"Why did EU-Swiss negotiations on a Framework Agreement fail?"

On 6 December 1992, a narrow majority of the people and a clear majority of the cantons rejected Switzerland’s accession to the EEA Agreement on the side of EFTA. EEA membership would have involved the adoption of the whole EU single market acquis. After the Swiss “no” to the EEA, the Federal Council, which had already applied for EU membership before the referendum, openly sought EU accession, but given the mood in the country, it had to tread carefully.

In 1999 and 2004, Switzerland succeeded in concluding two packages of institution-free bilateral agreements with the EU, administered by joint committees. The first package included a Free Movement of Persons Agreement, the second one a Schengen Association Agreement. Switzerland is therefore a partial member of the single market. In the view of the Federal Council, the bilaterals were supposed to serve as an interim solution until the time would be ripe for EU accession.

In 2005, Swiss parliamentarians launched the idea of concluding a framework agreement as an alternative to EU accession. The EU, which until then had been quite satisfied with the functioning of the bilateral agreements, smelled a rat. Southern German craftsmen in particular had complained that Swiss law made it unacceptably difficult for them to work across the border because of the protection of high Swiss wages.

From 2008 onwards, the EU asked Switzerland to accept supranational surveillance and court control. The Commission made two proposals: either there could be a second attempt to join the EEA, or alternatively, Switzerland could «dock» with the EFTA Surveillance Authority and the EFTA Court.

“Docking” would have meant subjecting the bilateral treaties to these two institutions. Switzerland would then have negotiated the right to nominate an ESA College Member and an EFTA Court Judge with Iceland, Liechtenstein and Norway. Unlike the three EEA/EFTA States, Switzerland would not have had to adopt the entire single market acquis, but could have stuck to its sectoral approach.

To the surprise of all experts and the EU itself, in 2013 the Federal Council opted for something else: accepting the EU Commission as supervisor and the ECJ as the arbiter to sort out judicial disputes. This was because the Foreign Ministry in Bern had not given up its long-term goal of EU accession. It claimed that with the recognition of the Commission and the ECJ, it wanted to «secure bilateralism in the long term». Even if this was not admitted publically, its aim was, however, to create a «point of no return» on the path to EU membership.

Negotiations began in 2014, but by 2017 it became clear that the Commission/ECJ model would not stand a chance domestically. In March 2018, the Swiss negotiation mandate was changed. In the event of a dispute, both sides, the EU and Switzerland, should be able to unilaterally appeal to a perfunctory «arbitration tribunal». If EU law or treaty law derived from it had been in question, however, the ECJ would have had to be asked for a binding ruling.

@C_Baudenbacher: „I think that the ‚#Ukraine-model‘ which was proposed to the 🇬🇧 and now is proposed to🇨🇭, with its fake #arbitration panel which just hides the #ECJ, is a form of judicial #colonialism that doesn’t function. People in #Brussels should realize this.“ pic.twitter.com/tz1RYVVNLr

Under the EEA Agreement, the highest courts of the EEA/EFTA States play a significant role. According to the plans of the Swiss Federal Council, however, the Swiss Federal Supreme Court would have been cut out.

The EU tried to make this mechanism, which was taken from the EU’s association agreements with Ukraine, Georgia and Moldova, palatable to the UK as well, during the negotiations on the Brexit deal. The UK did accepted it in the Withdrawal Agreement, but not in the Trade and Cooperation Agreement (TCA), which is much more important.

The conservative Swiss People’s Party does not want any kind of institutional link to the EU and also wishes to end the free movement of people. There are, moreover, those, in particular among successful SME’s and liberal economists, who believe that Switzerland should leave the internal market and conclude a treaty like the TCA («Swexit»). However, Switzerland’s geographical location is different from that of the UK. In addition, the EU would only be prepared to conclude a pure trade agreement if there was a level playing field. The possibilities for regulatory competition would therefore be limited.

After the termination of the InstA negotiations by the Federal Council on 26 May 2021, the EU launched a policy of punishment (so-called «pinpricks»). Swiss medtech companies lost barrier-free access to the internal market and Switzerland was placed in a worse position with regard to participation in the Horizon 2022 research programme.

Two weeks ago, the Swiss Federal Council announced a new “Plan B“ to keep the country in the single market. It wants the institutional questions to be settled in each individual bilateral agreement, thereby adopting so-called ‘vertical’ approach instead of InstA’s ’horizontal’ approach. This means that Switzerland would accept the “Ukraine model”, involving ECJ supervision, on a case-by-case basis. I consider this “Plan B“ to be ill-conceived and unpromising. It also remains to be seen whether the EU will agree to it. And perhaps, the Federal Council is trying to play for time until the next federal election in October 2023.

In any case, with the National Council’s decision of 8 March 2022 to express a positive attitude towards the European Economic Area (EEA), there is, however, an alternative.

Since 1992 the Federal Council has always opposed Switzerland’s accession to the EEA. On 14 November 2018, it stated, in response to a parliamentary question, that the institutional solutions provided by the draft InstA were more advantageous for Switzerland than those provided by the EEA Agreement. This conclusion is obviously untenable. Every beginner can see that it is more advantageous for a country to be supervised by an impartial authority and judged by an impartial court – which in the case of EEA membership would be the EFTA Court, which has no EU representatives – than by the authority and court of the other side.

When it comes to the Swiss government’s biased stance, it is important that the upcoming report on Swiss EEA membership should not merely present the EEA Agreement as «law on the books», with a repetition of old prejudices and ivory tower wisdom. Also EEA «law in action» must be presented and analysed. This in particular includes:

The EEA’s two-pillar model protects the sovereignty of the participating EFTA states. The fact that the EU is extremely sympathetic towards the EFTA-EEA States must also be valued.

Last but not least, there is also the fact that the EFTA Court’s case load has plummeted in recent times and that the ECJ has virtually stopped the dialogue with the EFTA Court. As former ESA President Sven Erik Svedman has described it, institutions with three members are not weak, but vulnerable. To add a Swiss College Member and a Swiss Judge to EFTA-EEA institutions could therefore be an opportunity for Iceland, Liechtenstein and Norway, the current member states of the EFTA-EEA.

Check out the fourth episode of the Brussels Report Podcast!