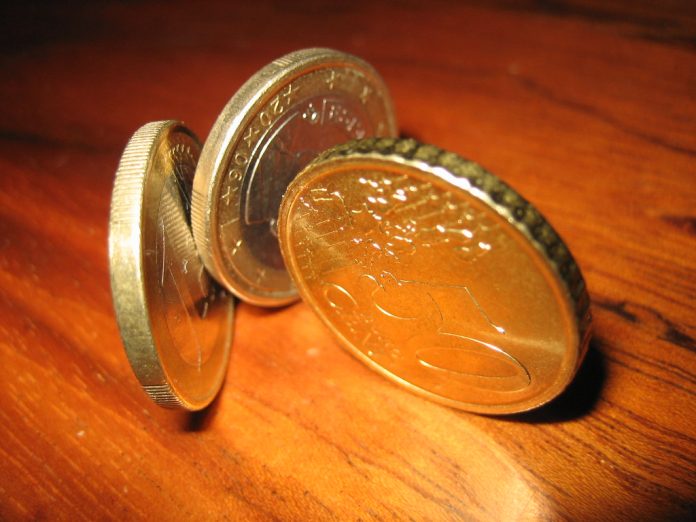 By Prof. Dr. Adriaan Schout (1961), Professor at Radboud University and senior expert at the Clingendael Institute, and Jan-Hein Jesse MBA (1961) , a non-executive and advisor in private equity after a career at ING and SHELL.

There is a real chance that the euro crisis will return. This will increase the pressure to accept fiscal union. How is the new Dutch government preparing for this?

The battle of the euro has entered into a new stage. The tug of war surrounding the euro has always revolved around two issues: Italy’s financial problematic position and the deepening of European integration. Italy is not the only euro country with underperforming growth and excessive government debt, but it is crucial because it is too big to fail. The ongoing question is therefore whether Italy’s finances are sustainable without the EU as a fiscal union with Eurobonds, European taxes and the European Commission as the European Ministry of Finance.

With rising inflation and interest rates, and without the ECB’s buy-back programmes, Italy and other weak countries are dangerously crisis-prone. For now, the ECB and the new €807 billion recovery fund are keeping Italy out of the wind. If interest rates rise, if there is an economic downturn or if new political instability arises, Italy’s sustainability hangs in the balance.

The ECB hereby truly acts as a backstop. In addition to its buyback programmes, banks, investors and pension funds are demanding that the EU issues triple-A debt itself, to invest in ambitious European plans such as the “Green Deal” and digitalisation. EU bonds offer security, while the chance of Italy going bankrupt before 2030 was estimated at 35% by financial estimates last year, and it may be possibly higher, depending on interest rates. As a result, it is no longer just about North versus South. It is equally about the North versus the capital markets.

The next Dutch cabinet will need to have a strategy to correct the trend towards fiscal union. Up to now, the Netherlands has been mostly reactive. Initially, the euro roughly had two goals. The Netherlands wanted to facilitate economic traffic (‘more market’), while for the EU the goal was to irrevocably weave the European member states into an Ever Closer Union.

The Treaty of Maastricht

The legendary French Commission President Jacques Delors was the founder of the euro. He wanted to deepen European integration and what he had in mind above all, was the creation of a monetary union and a social union. He did not think much of the internal market: ‘You cannot fall in love with the internal market’. According to Delors, the market needed a soul and he wanted a Europe to be based on solidarity. He considered monetary union to be the necessary step to overcome the cold hard German Mark. The proactive Delors realised that the euro was a bridge too far. That is why he started with the internal market.

The internal market was a resounding success. The free movement of goods and people appealed enormously. Borders disappeared and trade gained new momentum. Under Delors, the popularity of the EU rose to a peak, making the time ripe for the sequel. The European Commission published the strategy document ‘One market, one currency’ in the run-up to the Treaty of Maastricht (1992). In Maastricht, the euro was established, with the European Central Bank modelled on the strict German example. The euro strengthened the internal market and it deepened the Ever Closer Union. The Frenchman Delors had performed well in this stage in the battle of the euro.

The interpretation of the euro was also largely a French victory. The Netherlands only wanted competitive Member States in the eurozone. France, traditional opponent of the Dutch, insisted on Italy joining. With his opposition to Italian participation, then Finance Minister Gerrit Zalm acquired the nickname ‘El duro’. Thanks to France, Italy did join. Without Italy, France was politically weak in comparison with Germany, which was making good economic progress, and France itself was the weakest large euro country. Italian participation also opened the door for other weak countries like Greece and Cyprus to join.

The ECB to the rescue

The next battle was over the ECB. The first euro crisis was triggered by the collapse of Lehman Brothers in 2008. Sovereign debt in problem countries soared. Eurozone rules to keep sovereign debt manageable were toothless. The first European aid packages quickly proved insufficient and Italy threatened to be attacked by the financial markets. A solution had to be found. The Netherlands was strongly opposed to a solution that would result in a transfer union and taking over of debt from the South.

Because the North did not want debt sharing through Eurobonds, the rescuing of the euro fell to the ECB. Through its rescue programmes, the ECB neutralised the financial stress in southern European countries and private risks ended up with the ECB and the eurozone’s national central banks. In 2012, Draghi uttered one of the most iconic sentences in EU history: The ECB would do “Whatever it Takes” to save the euro, within its mandate to ensure price stability without monetary financing of public deficits. From that moment on, investors trusted the ECB not to let the euro area implode. Since then, the markets have accepted Italian, Greek, Spanish and French government debt on their balance sheets at low interest rates. Thanks to the ECB’s generous monetary policies, Southern Europe enjoys favourable financing conditions: Magic money, lots of valuable money at low cost. Without the ECB’s intervention, the euro would have fallen apart.

The ECB’s expansive monetary policies flooded markets with money. The ECB was able to ensure permanently low interest rates, but it could not ensure growth. Debt sustainability remained problematic. On top of this came the Covid crisis. Financial institutions left no doubt about where they stood.

A representative of one of the largest US banks already wrote ‘Fiscal Union, or else!’: fiscal union or financial institutions would no longer buy Italian debt and thereby abandon the euro. At the time, the Netherlands was still ruling out eurobonds and therefore, it had underestimated the pressure from the financial markets to engage in debt-mutualisation. Merkel recognised the seriousness and agreed to the new recovery fund and jointly issued debt. Magic money shifted from the ECB to the Commission, which was allowed to issue triple-A Eurobonds to enable subsidies and further debt. Italy was temporarily saved and financial markets could continue to buy. As a result, sovereign debt could continue to increase during the Covid crisis.

The ECB is now trapped in its loose monetary policies and feels financial markets breathing in its neck. Despite having bought €3,700 billion of sovereign debt by 31 December 2020, the route via the European central banks proved inadequate and the common debt issuance via the Commission emerged after all. However, the (temporary) recovery fund of €807 billion is far from sufficient. Steps towards fiscal union seem inevitable, as the president of the Dutch Central Bank, Klaas Knot, indicated in his HJ Schoo lecture, but Knot also fears that transfers will worsen the atmosphere between North and South.

Overview of the EU's spending and lending schemes:

The eurozone is stuck. For two reasons, the financial markets and the Commission now want to speed up the process of Eurobonds.

Firstly, because of the ECB’s policies, there is an abundance of money. However, there are not enough safe German and Dutch bonds to invest in. Therefore, the financial markets want the Commission to issue triple-A debt securities to finance European plans, such as the Green Deal. Eurobonds as an outlet for the money supply created by the ECB. The financial markets can then continue to invest and the Commission, with Eurobonds backed by European taxes, can become what it wants to be: the European Ministry of Finance.

Secondly, Italy remains fragile with 160% government debt. Still, the ECB will have to reverse its buy-back programme post-Covid. The Dutch Central Bank has wanted this for a long time. Artificially low interest rates, higher economic growth, tight labour markets, and ambitious national and European investment plans are driving up inflation in strong countries, and discussions about overheating are already taking place in the U.S., Germany and the Netherlands. However, with Italy in its current financial state, hiking interest rates puts the euro at risk. Safe Eurobonds and European taxes are seen as the solution for highly indebted countries.

In short, the European Commission, the Southern European Member States and the financial markets want to expand Eurobonds to finance aid, energy transition and other investments. The Commission is now doing its utmost to make the recovery fund a success, knowing that once a European instrument is in place, it will be difficult to reverse. In anticipation of the fiscal union, the Commission is already talking about Secure, Green, and Sustainable Bonds while the Dutch government cautiously avoids the term Eurobonds.

What should the new Dutch government do?

Germany is in an unclear position here. It has shown it will save the euro system, at whatever cost, and is keeping its eye on the French. When Covid is over, Germany will not make it easy for the rich Italians. Yet new compromises between support and reform will be found. So the Netherlands is not alone, but Germany will not pull the cart. It is therefore advisable for the Netherlands to start coordination with like-minded countries now.

Steps towards Eurobonds and European taxes should be resisted, despite great political pressure. If necessary, Member States should be helped through the existing EU budget. The aim of the support must be, firstly, that countries can return to the capital market independently. This means that risks remain where they belong: with Eurozone Member States themselves and with the markets. Magic money is not something one should be entitled to endlessly.

Secondly, to keep the balance between European solidarity (aid) and solidity (reforms), independent supervision of the quality of the aid and investment plans, and of the debt reduction, is necessary. This supervision should not be done by the political European Commission. As long as there is no independent European supervision, the involvement of the IMF will remain important for the credibility of the aid and the reduction of state debt. Excessively high debt and unsound European support programmes damage the eurozone. The Netherlands should therefore also put opt-outs on the political agenda.

Thirdly, financial support should only be reserved for for weaker Member States. Countries like the Netherlands and Germany should not be getting money from funds like the recovery fund. To finance those with deep pockets is inefficient and generates a false sense of solidarity (I owe you, you owe me). Accepting EU money should remain an exception and should be reserved for member states that really need it.

The battle of the euro, which started under Delors, has now reached a struggle over fiscal union. The European Commission and the financial markets want Eurobonds. We look forward to see what the new Dutch governmental agreement will foresee about all this.