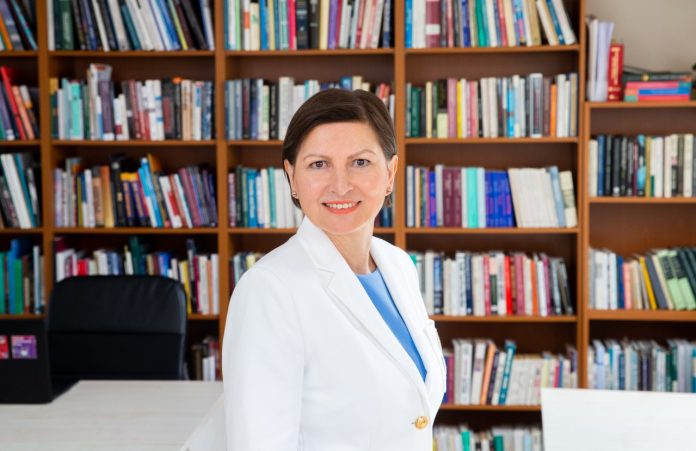 To listen and subscribe to this podcast on Spotify, Apple, Google Podcasts, PocketCasts or other platforms, please click here.

Elena Leontjeva is the co-founder and President of the Lithuanian Free Market Institute (LMFI). She founded the influential Lithuanian think tank in 1990.

She holds degrees in economics, mathematics and programming and has directed research and policy advocacy at the Institute, whilst playing a key role in her country’s transition. Ms. Leontjeva was named by magazine Veidas among the ten personalities who have changed Lithuania. She has contributed to the reforms in the Banking system, introduction of the Currency Board and the Litas Credibility Law, building the legal foundations for the Securities Market and the Stock Exchange, Deregulation, Tax and budget reform as well as the introduction of Private Pension Insurance. She has published widely in the press and has also dedicated herself to writing fiction.

Ms Leontjeva has served as a State Councillor on economic reform in six consecutive administrations, and in 1998-9 has been chief economic advisor to Lithuanian President Valdas Adamkus. She has also served on official bodies engaged in the transition from the Soviet system, such as the Securities and Exchange Commission, the Sunset Commission, etc. In July 2022, she received the 2022 Sir Anthony Fisher Achievement Award.

In this this episode of the Brussels Report podcast, BrusselsReport.eu editor Pieter Cleppe discusses the following topics with her:

– What’s the key reason we are facing inflation right now? Energy problems, monetary policy, the fall-out of Covid lockdowns, or something else?

– What should the ECB be doing?

– What if strong anti-inflation action by the ECB leads to a breakup of the Eurozone?

Elena Leontjeva not only built one of the most impactful free market organisations, but also ensured that Lithuania becomes one of the most market oriented and successful economies of Europe! Proud to count @FreemarketLt and Elena amongst our ranks! https://t.co/29ok3olO8C

"The EU’s minimum corporate tax is destined to be a failure" – By Elena Leontjeva, Ernestas Einoris and Aneta Vaine of the Lithuanian Free Market Institute:https://t.co/zL2OBQBJf1#OECD #TaxCompetition #Taxharmonisation #EU