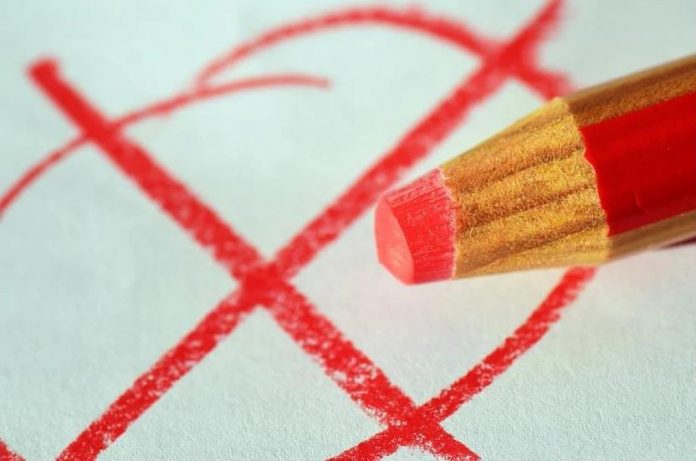 By Giovanni B. Ponzetto, a financial adviser with 32 years of experience based in Turin, Italy.

Dedicated to my mentor faraway, Harald Malmgren, who is my beacon of wisdom and experience in this uncertain times.

“One might even say a decision was made to break the broad outlines of the social contract in order to protect bankers who had wrought the financial market breakdown.”

This phrase by U.S. foreign policy expert Harald Malmgren inspired me to weave together a lot of concepts that have been lurking in my mind for a while now, occasionally peeking individually above the surface, like shoaling rocks in a gale.

However, the most recent event that goaded me into writing this was the recent administrative elections here in Italy. Attendance, never a strong suit in a two-round system that allows the two lead candidates to compete in the second round, was abysmal even for Italian standards. In the city where I live, Turin, the Mayor, was elected on a “Yea” vote with less than a quarter of eligible voters. That’s for a city with almost one million people. Over half of the voters did not bother to show up even for the first round, when every party presented a candidate.

Call me a biased observer, but in my opinion a rather unscrupulous campaign to support vaccination, causing Italy to become the only country in the EU so far to impose a Vaccine Pass as a requirement to go to work, hasn’t exactly made the elites more popular. Indeed, we’ve witnessed full-on protests more or less every weekend in all major Italian cities.

One may wonder what thousands of yelling protesters in the streets have to do with the 2008 Great Financial Crisis, but the two phenomena are not only closely linked, in Italy it is also clearly visible how.

Just like in “Goldilocks and the three bears”, Italy is sufficiently backwards to feel the cold draft of winter through the cracks of the door to perdition, but not sufficiently outside of the “Elite club” to be out of the door in the cold altogether. Moreover, it’s big enough to have an impact: The economy of Greece, the previous financial trouble spot, is about as big as the GDP of the Italian Region where I live, Piedmont.

Two worlds: politics and the outside world

Political passiveness is a common phenomenon in Italy. Save for the very “politically active“ age of 1968 onwards, people here tend to either mind their own business, which they did well enough to give rise to the “miracolo economico” in the 50ies and early 60ies, or devote their whole life to the political-bureaucratic priesthood.

There is remarkably little or no exchange between the two worlds except in that kind of neutral ground represented by regulated activities that are nominally in the “private economy” arena, mostly utilities and of course banks and financial institutions.

When former Italian PM Silvio Berlusconi got personally involved in politics, the outrage of the ruling class was there not only because he was a media Moghul. Most importantly, it was because until then, the few “Non Player Characters” that entered politics from private industry or academia were mostly there by invitation only of the insiders and they did not play any part whatsoever in setting any policy.

Just to give an example, many esteemed people from academia and industry were nominated to  serve as “Spending Review” czars, most notably Enrico Bondi, an excellent manager who had been leading Parmalat out of its Bankruptcy proceedings, and Francesco Giavazzi, who is now  economic counselor to Mario Draghi. Of course, NO spending review ever came to pass. In Italy, one should add a third element to the two things in life that are certain, according to Benjamin Franklin: “Death, Taxes and public spending  increases”.

Anyway, Italy’s neat arrangement worked well and good under two circumstances, which both deteriorated over time.

One was that the initially low percentage of the economy that was under direct or indirect public control would remain so. The second circumstance is that despite citizens not having any day to day influence over politics, they did have other tools at their disposal, especially the middle classes: savings, and deciding what to do with it.

The Faustian pact which Italy tacitly entered into when I was in my early adulthood was the following: Yes, the Italian government would always spend more, and would impose more and more taxes and regulations, but the middle class would get its fair share by making the government debt expensive and pocketing the interest income, and at times putting unruly governments in a bind by refusing to finance new debt.

In this era of 100 year bonds, this may like ancient history, but I personally lived through a painful process whereby the Italian government had to suffer in order to get savers to finance them at all, at first on maturities amounting  to  up to five years (variable rate, mind you) instead of one year bills, then  at a fixed rate for five years, and finally with ten year bonds, both at a fixed and variable rate.

Then even this relatively relaxed debt management didn’t save the Berlusconi government from a debt crisis that eventually lead to his ouster in favor of the more politically correct Prof. Mario Monti, a former EU commissioner.

This also proved that the trust EU authorities put in formal laws, like “debt brakes”, isn’t warranted. In fact, the very introduction of a debt brake in EU legislation is an admission that rates in Europe are not set by private supply and demand, but by a “Grand Plan” (or Gosplan?), involving not only the ECB but also financial regulatory authorities.

The ECB, by using monetary levers to “smooth the path of government funding”,  did away with the opposite side of the coin, i.e. price signaling and “political” feedback via market forces.

Ostensibly the ECB’s interventions were supposed to be a “temporary measure” to ensure a rapid recovery, but what it really did was to fundamentally alter the equilibrium between governments (that are also the biggest debtors) and peasants citizens: whatever power they may have had to impose hardship on their own government by increasing the cost of funding, they have lost.

Citizens still had one option left, eventually: that was to deny funding altogether, either by withdrawing their money from the banking system, or by sending it abroad.

In this regard, the Greek experience has been very informative. Greeks were very nimble in crowding the ATMs, at one point withdrawing about 40% of GDP in bank notes.

On some inchoate level, Italy also suffered some degree of capital flight. This was promptly sedated by authorities through stealth loans, in the form of  permanent TARGET2 imbalances. Mario Draghi himself,  in an official response  to two Members of the European Parliament, said:

“If a country were to leave the Eurosystem, its national central bank’s claims on or liabilities to the ECB would need to be settled in full.“, thereby implicitly confirming that these are a form of cross border zero cost lending.

In sum, if that part of the middle class which is not directly involved in politics has no leverage on which way a country is going, or even on getting savings out of his country in the hope that the legal system of another European country would save them, there is only one remaining individual alternative which has been opted for especially by the young: leaving the country altogether.

In Italy, the increase in intellectual emigration has been huge, as more and more young and talented Italians put their dreams in a suitcase, just like their forefathers a century ago, so to leave for distant shores. The only difference between my daughter, who left, and my grandfather’s brothers, who did in the 1920ies, is that my daughter had a degree in the luggage and they did not. In just eight years, those numbers increased by 40%.

Is an “exit tax” on the horizon?

Then at some point, even that safety valve will stop working, if only because we might run out of bright young people or because the glitterati may wise up to the phenomenon and crack the whip, possibly by imposing on those young people that are leaving an “Exit tax”, similar to the one currently imposed on firms wanting to relocate abroad.

Something like this would be quite a regressive measure, by the way: the rich will cope simply by sending kids abroad to study, and those who thought “education is the social elevator” will become indentured servants.

At some point, we might hit the real end stage, following the removal of all those safety valves from the social system: Protests. We are currently witnessing them an a scale not seen since the 1960ies.

This is combined with the very people governments are counting on to pay their bills throwing in the towel. New company formation has been understandably subdued in the crisis, but we can also witness a phenomenon of former employees “choosing” to become “independent contractors”, often later becoming “unemployed”.

When the last of the exploited goes bankrupt, it’s difficult to get people to actually take initiatives. Kicking the can doesn’t stop when you reach the wall. It stops when you break your toes.