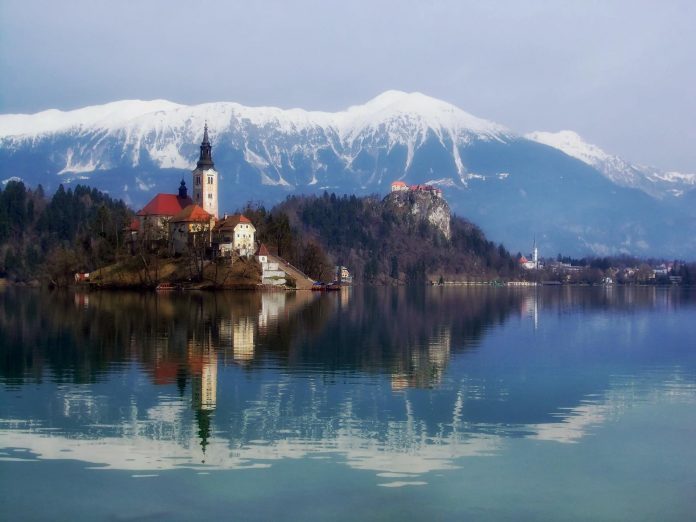 By Dr. Tanja Porčnik, President of the Visio Institute in Slovenia.

Last Sunday, a parliamentary election took place in Slovenia. The results reflect a clear message from voters that the government needs to change. In mature liberal democracies, a change in government is a time for reflection for all involved in the politics of a country. In contrast, in those where democracy is relatively young, like in Slovenia, the political parties that form a coalition engage in political muscle-flexing towards those ending up in opposition.

The biggest political party in the 2022 parliamentary elections in Slovenia was Freedom Movement (GS), with 34.5 percent. The second place, with 23.5 percent, was secured by the leading political party of the current coalition, Slovenian Democratic Party (SDS), to which Prime Minister Janez Janša belongs. These results are somewhat reminiscent of 2014, when the newcomer Party of Miro Cerar, SMC, received 34.5 percent, with SDS ending up with 20.7 percent.

Like SMC, GS was launched only a few months before this year’s parliamentary elections. As a result, it might not be surprising that GS is also yet to make it clear to their voters and to everyone else – including themselves – who they are, in terms of the people that represent them or that are appointed by them, which public policies they support, and which style of communication, leadership, and management they will practice.

One of the main challenges that GS will expectedly face is its political identity. Like SMC, GS has positioned itself at the center-left of the political spectrum during the campaign. This space between liberals and social democrats might appear the prudent position ahead of the elections, when not many voters scrutinize the programs of political parties and the content of their public statements. However, once policy-making and legislation-forming begins, it is inevitable to clearly define where one stands. At that point, it might come as a surprise to certain GS members of the parliament, cabinet members and their supporters that the political party no longer represents the same views on the relationship between government and the people as it did during the campaign, during which their slogan was ‘Freedom’.

With such a challenge on its hands, GS could face the same hurdles of a political party that has been formed too quickly and that shot to political stardom as SMC, when it was entrusted with political leadership in a liberal democracy. By now, SMC and its former leaders have lost the confidence of voters and are no longer in national politics, despite their sweeping win in 2014. Perhaps GS can learn a lesson or two from their experience.

A positive development for the ability to form a coalition is that only five political parties managed to cross the electoral threshold during Sunday’s election. Along with the previously-mentioned GS and SDS, the seats have gone to New Slovenia – Cristian Democrats (NSi), Social Democrats (SD), and The Left (Levica). Since many other parties ended up just below the threshold, in a proportional electoral system, this means that GS is able to form a government with only one coalition partner, which should decrease the possibility of friction within a coalition.

GS could furthermore absorb other political parties that are positioned between liberals and social democrats, like the List of Marjan Šarec (LMŠ) and the Party of Alenka Bratušek (SAB), which did not pass the threshold to enter the parliament this year. By welcoming their prominent, experienced politicians to GS, the newcomer to the political scene would acquire much-valued political know-how and experience.

Seats (out of 90) of strongest party by election year

An encouraging sign of strengthened democracy in Slovenia is the 70 percent turnout rate last Sunday. This was only 51.7 percent in 2014 and 52.6 percent in 2018. This increase with almost 20 percent points can be explained by the fact that many people in Slovenia objected to both the strategy and policies of the outgoing government to address the Covid-19 pandemic.

Many of the measures it imposed were not only heavily restrictive of individual rights and freedoms, but they were also poorly communicated to the public. At the same time, the outgoing government made several other decisions which threatened the freedom of the press and the strength of the rule of law.

Voters have not only responded by going to the polls but also by tactically voting for GS, a political party which had the best chance to beat SDS, according to opinion polls.

At the same time, these elections have also once again confirmed that a significant part of the electorate keeps voting for a relatively empty ballot choice, on the basis of ambitious promises made during the campaign, despite disappointing experiences with this in the past.

Time will tell whether the government of Slovenia, supposedly led by GS, will deliver on these promises and whether it will display commitment to strong constitutional democracy.