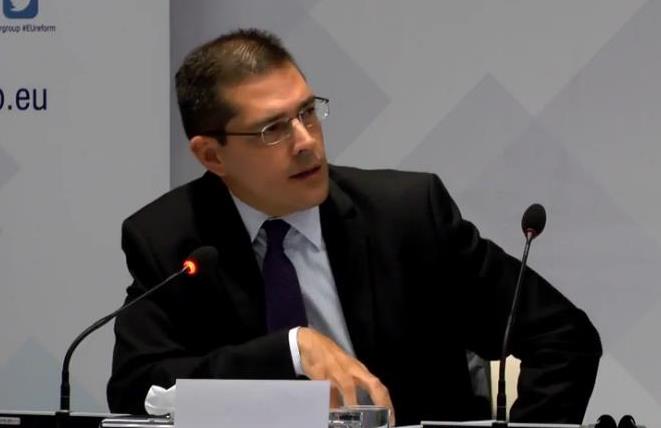 Daniele Capezzone is an influential opinion maker in Italy and a former Member of Italy’s Parliament, having served as the Chairman of the Finance Committee (2013-2015) and of the Industry Committee (2006-2007) at the Italian Chamber of Deputies. He left the political arena in 2018. As an Atlanticist and classical liberal political commentator, he writes for the Italian paper “La Verità”. He is the President and one of the founders of Mercatus, a new Italian pro-market think tank.

He is interviewed exclusively for Brussels Report by Lorenzo Montanari, Executive Director of the Property Rights Alliance (PRA), as the third interview in a series of prominent European supporters of free market economics.

Daniele Capezzone : “The Italian elites should be questioned about why they have failed so spectacularly – and for decades…- in dealing with the real Italian political and economic “cancers”: high taxes, high public spending, and one of the largest sovereign debt levels in the world. However, answering that question is much more difficult than criticizing “populists”. On the other hand, we have something in Italy to build upon: 8 to 9 million small businesses, a strong entrepreneurial spirit, 70% of the Italian families owning a house of their own. Liberty and property are values which the Italian people are strongly attached to.”

Daniele Capezzone : “It’s not easy to answer that question. Two of the main center-right forces are involved in the current – and politically hybrid – political majority, supporting Mr Draghi’s cabinet – or rather Mr Draghi’s semi-technical junta -. Meanwhile another one is part of the opposition. The challenge is to forge a strong coalition for the next general elections, in 2023.

My point is that the center-right parties should focus on the immense middle classes – and lower middle-classes –  whose living standards have been stagnating for years. They may have kept their jobs: but, in spite of that, they feel poorer and less secure. Moreover, they have been unable to set the “agenda” and their concerns are kept out of the public conversation. Their fears and worries have been rejected and brushed aside for years.

It’s up to the center-right to listen to those voters.”

Lorenzo Montanari : “What do you think should be the priority of the Italian government in terms of EU policy?”

Daniele Capezzone: “From my perspective, Italy should be part of an alliance to trigger a serious renegotiation process in Continental Europe, helping reformist forces to work together against the existing status quo in Europe. As an example, we could push for three main goals, with regards to the EU renegotiation process, which might also appeal to other remaining EU member states:

Lorenzo Montanari : Where do you think the European Union offers the most value for Italy and where is it failing to provide value?

Daniele Capezzone: “The EU should not be a cage. It should be a means by which we can achieve our aspirations of democracy, free markets and full respect for taxpayers.

Instead of blaming the British electorate after Brexit, here in the EU, we should stop thinking that continuing with the same doctors and the same treatments that have already made the Eu “patient” sick, might work – for some mysterious reason – in the future. Brexit offered us a huge and blessed opportunity to say that the emperor has no clothes. “

Lorenzo Montanari: “Istituto Mercatus had recently held its first annual conference, with the title “Property and Liberty Under Attack”. What are the main breakthroughs?”

Lorenzo Montanari: “You have recently published a new book, “Per Una Nuova Destra” (“For a New Right”), about what the center-right should be like in Italy. Can you please elaborate on it? And what are the three main reforms the Italian center-right should embrace?”

Daniele Capezzone: “As far as I’m concerned, the Italian center-right should listen to their voters, and they should bet on clear principles and convictions, on Thatcherite values. Doing so, they will find out that cutting taxes, reducing the size of the state, granting space to society, freeing up the energies of families and businesses, might work. Free markets, competition, reduction of fiscal and bureaucratic pressure are not only academic theories: they are a reasonable and effective proof of good-sense, a practical and concrete answer to the expectations and aspirations of real people.”

Lorenzo Montanari: “What book would you recommend to a center-right activist?”

Daniele Capezzone: “They may start with Milton Friedman and Friedrich von Hayek.”