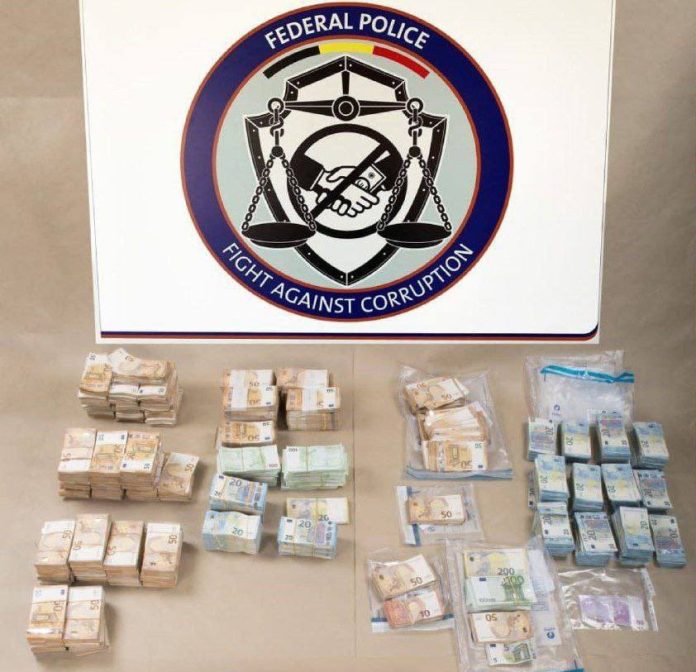 By Gunnar Beck, a German Member of European Parliament (AfD-ID) and a reader in law at SOAS, University of London

The Qatargate scandal has exposed two well-funded Brussels NGOs, “Fight Impunity” and “No Peace Without Justice”, as the spiders in the political web of bribery and potential money laundering.

Despite Belgian law requiring non-profits to file yearly account, Fight Impunity has never filed an account in its three-year-old existence. Despite being considered one of the most influential NGOs in Brussels whose representatives are regularly invited to provide so-called ‘expert’ advice to the EP´s human rights subcommittee. Oddly, though influential in ‘informing’ parliamentary opinion, Fight Impunity is missing from the transparency register of the European Parliament.

Fight Impunity was one of the best-connected human rights groups in Brussels.

Now it is at the center of an alleged corruption scandal engulfing the European Parliament.

Take a deep dive into how the NGO started, and how it came undone, here: https://t.co/VkgRqN6ETe

This raises many questions about the seemingly untouchable natures of many NGOs and their policy-making influence in Brussels.

We know very little about NGOs in general. There are no European Union rules governing their management, transparency or accounts. Belgium, and the Brussels Region in particular, are infamous for its lack of political will to scrutinize non-profits, making Belgium an excellent hub for money-launderers to set up a human rights NGO as a front for their dirty business.

NGOs are operating in a regulatory void. The European Court of Auditors (ECA) has raised this issue back in 2018. The ECA remarked that over the 2014-17 period 11.3 billion euros of EU money was given to NGOs. The taxpayers’ money was paid out without an effective oversight of the use of those funds by NGOs because there are no EU rules to ensure a minimum of supervisory control. The ECA clearly warned in the report that “the European Commission does not have sufficiently detailed information on how the money is spent”[1].

So far, the Commission did not take an initiative to introduce such rules. The European Parliament did come forward with a report on a statute of European cross-border associations and non-profit organisations, in early 2022. However, in contrast to the recommendations of the ECA, the report clearly stipules that transparency requirements on fundraising and the use of assets ought to be “in accordance with national law”[2]. The unwillingness to set minimum standards at EU level explains why the many European NGOs based in Brussels can rely on the lack of enforcement of transparency requirements in Belgium to keep operating in the dark. It is peculiar that the European Commission, which is all too keen to regulate everyone and everything else, has repeatedly refused to take even minimum measures to ensure financial transparancy for NGOs.

The opinion by the European Parliament´s committee on civil liberties, justice and home affairs (LIBE) on the aforementioned report goes even further, and stipulates that the “the rules in the field of taxation and the fight against money laundering, as well as rules on transparency of funding in general, must not be abused to obstruct activities of [non-profit organisations] and create a chilling effect affecting their members and donors.” By this, the Committee seems to imply that fiscal transparency may deter donors. This begs the question why donors would fear transparency, other than the old Christian virtue of anonymous generosity and welfare. However, we are not talking about building hospitals or feeding the poor here. We are talking about millions, in some cases billions of euros being funnelled in setting and influencing political agendas.

This question was also raised by @MatBauerEcon in the following paper:

"Some of the most influential NGOs that have campaigned against vital EU trade and investment policy objectives have received substantial funding from the EC and national governments"https://t.co/Z5Jh6hJwev

The LIBE opinion also refers to well-established case law by the Court of Justice of the European Union, which has always upheld the application of the principle of free movement of capital to donors and public benefit organisations in the Union, including regarding their tax treatment[3].

In fact, in a recent case, the ECJ condemned the Hungarian transparency law requiring NGOs receiving direct or indirect financing from abroad, to be registered as such, and publically disclose it[4]. The ECJ argued that the Hungarian transparency law violates the free movement of capital guaranteed by article 63(1) TFEU since the law could deter natural or legal persons from abroad to provide support, thus creating unequal treatment between domestic and cross-border transactions of capital. Although the ECJ does uphold general restrictions on the free movement of capital for reasons of money laundering, terrorist financing and possible tax offenses, the ECJ previously clearly differentiated between rules targeting for-profits and non-profits. However, the Court never explained why it makes such a distinction. Nor did it justify making an exception to the exception in the Hungarian case. Recent events make us doubt whether such distinctions are justified.

One could also argue the opposite: if donors experience a genuine fear or retaliation by the Orban government if they were to sponsor a certain NGO, the transparency itself will shield them against such retaliation, since it would be very easy for Brussels to establish a causality between the two. It is in fact an incentive for the Orban government not to retaliate. In addition, a donor might score points in the liberal west if he was transparent about his funding of NGOs in Hungary. Yet, the ECJ has chosen secrecy over transparency.

The reluctance of the EU to regulate NGO transparency is also reflected in the current revision of the EU anti-money laundering rules.

As a result of subsequent revisions of the Anti-money laundering directives (AMLD) and the Directive on Administrative Cooperation in the field of taxation (DAC), more and more entities were brought under the scope of the EU transparency requirements, such as auditors, lawyers, gambling services and tax consultants, to name a few. NGOs however, have always been exempt from enhanced transparency requirements as “non-obliged entities”. NGOs are treated like ordinary bank clients and therefore subject to customer due diligence, which is a mere de minimis control requirement. In fact, during the negotiations on the Anti-Money Laundering Regulation, which is being negotiated by the European Parliament´s committee on economic affairs at the time this piece is written, the committee has refused to expand the definition of politically exposed persons, for whom enhanced transparency and disclosure requirements are required, to managers and board members of publically funded NGOs[5].

Indeed, the Commission has defended the exemption of NGOs from the AML framework with the argument “the Commission doesn´t want to give the impression that NGOs are engaged in criminal conduct”[6]. In both 2017[7] and 2019[8], the Commission established under its Supranational Risk Assessments (SNRA) that for NGOs receiving institutional EU funding, the level of money laundering/terrorist financing threat and vulnerability are considered as ‘less significant’. This seems to contradict reports by the ECA (cited above), but also the Financial Action Task Force (FATF), Europol, Eurojust, Moneyval and various reports from national authorities, clearly showing that NGOs are prone to misuse for the purpose of money laundering[9].

The reason why the EU is assessing the risk of money laundering through NGOs as minimal, is quite paradoxical. For instance, the European Added Value Assessment on private funding litigation, compiled by the European Parliamentary Research Service, has recommended to exempt civil society organisations from transparency and compliance requirements, citing the lack of sufficient data to convince them of the contrary[10]. This creates an infinite doom loop, in which the ECA asks for legislation to tackle the lack of information, after which the European Parliament and the Commission refuse to legislate because of the lack of information, citing ECJ case law upholding the lack of transparency as protected under the freedom of capital.

Business as usual after Qatargate?

Will anything change in the light of Qatargate? Unlikely. Some political careers will be wrecked and the European Parliament might tighten rules on asset transparency and contacts between MEPs and NGOs, which will be easily circumvented by meeting these organisations by proxy or offsite in one of many dark restaurant chambres séparées in Brussels and Strasbourg.

However, we should continue to expose the regulatory leniency that the legislators and the courts continue to grant to these NGOs, whose influence in Brussels and access to the coffers of the Berlaymont is increasing year by year.