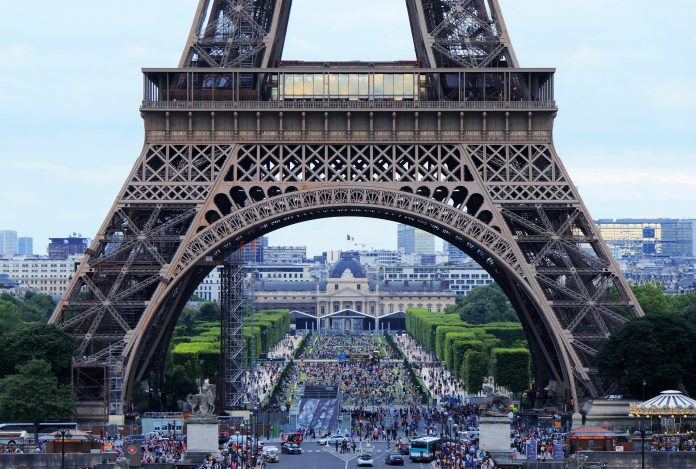 By Jan Gajentaan, a Dutch publicist and consultant

Sighs of relief could undoubtedly be heard in the European Commission headquarters on Sunday night, after Emmanuel Macron was re-elected as French President with a substantial majority, although not as substantial as five years ago. The final score was about 58% versus 42% for Macron, when in 2017, it was 66%-34%. Quite apart from what to think of Marine Le Pen and her movement, the question should be raised whether democracy is still working properly in France. Is it still possible to choose different policies? Many voted for Macron out of fear of the alternative. In that case, there is no real choice.

Although Macron defeated Le Pen, significant gains were made since 2017. Here we show where she made those gains

Democracy as we know it, according to the Westminster parliamentary model or the presidential variant as developed by De Gaulle (Fifth Republic), can only function when voters have an alternative. In the past, the political divisions were mainly between the socio-economic left and right: Mitterrand or Giscard, Hollande or Sarkozy. However, gradually, out of dissatisfaction with globalisation and neo-liberalism, which rather harms than benefits a large part of the population, the old left-right opposition has been replaced by the opposition between globalists and patriots: Emmanuel Macron or Marine Le Pen.

When Marine Le Pen, rightly or wrongly, is constantly portrayed by the media and political class as extreme right-wing – even if her programme is much more social than Macron’s – and when many vote for Macron out of fear or disgust for Le Pen, the question arises whether voters still have a real choice. Will the candidate of the system always win? In that case, the republic becomes an empire.

What elections are increasingly about, is what the famous Brexit spin doctor Dominic Cummings – now sidelined by Boris Johnson in favour of his wife, a matter of priorities – summed up in the slogan «taking back control». A large part of the population feels they no longer have control over their own society and therefore their lives. Whether it is about changed incomes due to globalisation, mass immigration sustained by numerous international laws and regulations, or imported radicalisation and crime in suburbs: a vote for the established parties increasingly seems like a choice between a rock and a hard place.

As a result, many in France voted for Marine Le Pen, even though they have doubts about her party, given its less than flattering past: These are partly protest voters. Marine Le Pen was planning to use a referendum to present the French people with a new, much stricter immigration and integration model. Only people with certain skills and those adhering to Western standards and values would be admitted, and they would only be able to claim social benefits after five years. In fact, this is also the policy Dutch politician Pim Fortuyn, who was skyrocketing in the polls ahead of the Dutch elections before he was murdered in 2002, intended to pursue in the Netherlands.

However, even if Marine Le Pen had been elected, the question is to what extent she would have been able to realise this programme, just like the question is whether Pim Fortuyn would have been able to do this for the Dutch if he had not been murdered. Today, we are so constrained by international laws and regulations that the possibilities to develop our own immigration policy are extremely limited. Meanwhile, parts of cities are turning into hostile enclaves, where radical Islamists and/or criminal clans are in control. Hence the wish of many, including those who are wary of a movement like Front National – now called Rassemblement National – to take back control.

The wiping out of both the Left and the Right

As already mentioned, it was striking to witness how both the traditional right and the traditional left were completely wiped out during the first round of these presidential elections. While in 2017, Fillon, as the candidate of the traditional right, still obtained 20% of the votes, his successor Valérie Pécresse remained below 5%. As a result, she is stuck with a personal debt of five million euros, because the French state does not subsidise campaign money in the event of such a bad score.

What seems to be taking its toll here is that in France, the traditional left and right are unable to come up clear answers to the aforementioned problems of crude globalisation, uncontrolled immigration and lousy integration in the suburbs. In contrast, this was possible in Denmark – where social democrats have implemented strict immigration policies or in the UK, where the Conservative Party opted for the Brexit and won the elections.

🇫🇷Once upon a time, the Socialists & the Conservatives were France's biggest parties. Tonight, @Anne_Hidalgo and @vpecresse may score around 7% COMBINED (according to one of my sources). The @Partisocialiste & @lesRepublicains may go bankrupt in the next couple of weeks

As long as the established parties continue to act so weakly and as long as the majority of French people have no confidence in Marine Le Pen and her party, France seems doomed to put its fate in the hands of EU-federalist Macron. This despite the fact that, due to his arrogant attitude, he may only have about a quarter of the population behind him. That truly is democratic impoverishment!

"As evident from the analysis hereunder, anti-establishment candidates increased their voting share from about 48 percent to 58 percent, as the combined voting share of mainstream parties dropped from 50 to a mere 38 percent." pic.twitter.com/wTBcr8gB74

For the Netherlands, it is important that Macron, with the cooperation of German Chancellor Scholz and undoubtedly also of Dutch Finance Minister Kaag and Dutch PM Rutte, will strive for further federalisation of the EU. This while the Netherlands risks further impoverishment as a result of a transfer union that has only been developed further, on the basis of a currency union that functions very poorly.

Now Macron is someone who wants to reform at home, something that will appeal to the Dutch coalition. However, during his first term, for example, pension reforms got stuck. In order to be re-elected, Macron had to make far-reaching promises to the left-wing camp, which, as is well known, flatly rejects just about every reform out of hand. In that respect, Macron can look forward to a hot autumn with two disappointed camps facing him: extreme-left Mélenchon-voters, who expect a social paradise, and Marine Le Pen-voters, who demand controlled immigration and improvement of purchasing power.

Especially because of his promises to the left-wing camp, it will be very difficult for Macron to really reform the economy. This will be especially the case if Macron would not enjoy a majority after the new parliamentary elections in June, which would mean he would need to cope with “cohabitation”. The French President has promised the political left that climate policies will be his top priority. However, as we know, these policies, as outlined by the European Commission, contribute* to higher energy costs for citizens as well as price increases at the pump which average people can no longer afford, certainly not when this is being exacerbated by the Ukraine crisis. Will we soon see more yellow jacket riots in France?

As stressed in all my recent pieces, the Netherlands should think hard now. Do we want to continue to lead the way in EU integration, even if the European transfer union is costing us more and more in terms of prosperity? Or do we opt for the Danish model of EU membership, with more national independence, and are we prepared, if necessary, to say goodbye to the euro, in case it starts to cost us too much? The future will tell.

This article was originally published in Dutch, by OpinieZ.