Home European Union The Conference on the Future of Europe: from bad to worse
Twitter

Imagine a situation whereby those in charge desired more power and in order to acquire it, they bought support from the media and activist organizations. No, I am not describing Communist China or Cuba, but the European Union conducting in 2021 and 2022 what in Brussels has been called a “major democratic exercise”.

For over half a year the “Conference on the Future of Europe” (CoFoE) has brought together citizens, activist organizations, trade unions and business representatives to discuss how the EU can gain more power at the expense of nation states. This is a rigged process with critical voices excluded from the preparatory work and only given observer status in the committee that controls the organization and activities of the conference.

The process is a blatant attempt at creating an appearance of popular support for even more power transfers to the EU. Naturally, Brussels is well aware that there is no appetite among citizens to take major steps towards a “United States of Europe”. It is therefore likely that the conference will lead to broad recommendations but limited concrete proposals focusing on institutional reform to enable, for example, transnational lists (a common EU constituency for EU elections) or further steps to formalize the Spitzenkandidat process (the light version of a direct election of the European Commission President). None of that would benefit smaller countries, but these things represent small steps towards the big goal: a fully-fledged European state.

With #Ceuta on the @Europarl_EN #EPlenary agenda today & illegal immigration up to 1/3 up on 2020, @Weimers' speech from our #Sofia 🇧🇬 event is ever relevant. #TheFutureIsYours

What is the #EU going to do about it?

To generate astroturf support for a greater transfer of power to the EU, the European Commission and the European Parliament, together with the governments of the Member States, have been spending tens of millions of euros on conference-related expenses, including social media marketing.

Challenging attempts for more transfers of powers to the EU

Throughout this process, many MEPs have fought to insert transparency into the process. Unfortunately, however, the hosting EU institutions have refused to quantify the cost of lost working time as a result of the exercise. They have also withheld information on the expenditure from existing communication budgets used to support the Conference on the Future of Europe. Together with colleagues I have called for the clear and visible publication on the conference website of how much has been spent and for what purposes. All requests, formal or informal have been repeatedly ignored by Commissioners and the leadership of the European Parliament.

Together with colleagues, I have asked the Commission to live up to its commitment to transparency after the EU-parliament rejected full transparency with regard to the financing of the EU #FutureConference #CoFoE pic.twitter.com/Vv3IStUZ69

The “Conference on the Future of Europe” is going from bad to worse. Instead of listening to criticism such as the lack of financial transparency and lack of accountability, the European Parliament is doubling down on shady practices by directly funding media groups with taxpayer’s money to cover the conference.

Twelve press agencies and 28 multimedia projects have received funding in 2021 to “promote the debate and encourage their audiences to participate” until June. Sadly, it is common practice for the EU Parliament to hand out millions to media and pro-integration activist organizations such as the Young European Federalists. YEF was granted over 120 000 euro in parliament funding to bring youth voices to the Conference. Conveniently, media groups that received the 2021 grants specifically to create CoFoE engagement will not be announced until the conference is over.

In a Christmas letter to EU Presidents and the Board of the Conference I and 18 other MEPs called on the hosting institutions to live up to citizen’s expectations with regard to openness and transparency. I am still awaiting a response.

The EU is constantly complaining about the state intervening in the media sector in countries like Hungary and Poland, so it should lead by example and realize that the independence of journalists supposed to scrutinize their work is undermined by such practices.

No matter how many times Commissioners and Parliament big-wigs refuse to come clean regarding subsidy showers that stack the deck in favor of ever closer union I will continue to push for transparency accompanied by a growing coalition of MEPs.

A reaction by Swedish MEP @Weimers: "It's sad to see the lack of transparency and the reluctance with which the Commission only provided partial answers. It is a tragedy that Parliament has offered, and that media have accepted, funding tied directly to reporting on #COFOE"

Letter from 19 MEPs to the Presidents of the EU and the Executive Board of the Conference: https://www.brusselsreport.eu/wp-content/uploads/2022/01/letter.pdf?fbclid=IwAR226mkuwLawmVIiT_gbEaW7y0XiXljsRAY8Cz7T0XER63ul3GefFjFwo40

On the millions spent on the Conference on the Future of Europe:

Why the Sweden Democrats, the True Finns and the Danish People’s Party do not want to give the EU more power in the context of CoFoE (in Swedish):

Parliamentary motion demanding full transparency on the expenses of the conference:

Written questions on transparency and funding of the conference:

A version of this article was also published in Swedish on Facebook. 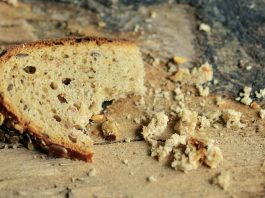 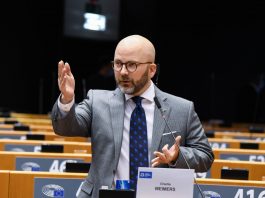