Brussels Report has seen an internal note from the European Parliament, revealing that until 31 October 2021, the EP already committed to pay 6.87 million euro for expenses incurred for the purpose of the “Conference on the Future of Europe” or “CoFoE”.

In a note by the EU Parliament’s “Bureau” – its managing body – with the title “D(2021)26227, Conference on the Future of Europe – Latest developments”, dated 1 December 2021, Klaus Welle (picture) , the European Parliament’s Secretary General also makes clear that a lot more scarce taxpayers resources could be spent on this, as “up to EUR 10 million could be pledged from Parliament’s 2021 budget and up to EUR 5 millon from Parliaments 2022 budget.”

The note moreover breaks down how the EP has been spending that 6.87 million, which is “financed through the respective budget lines in Parliament’s budget”:

– “Travel and accommodation costs for Members and staff”: 0.18 million euro

The note further reveals that the “Parliament’s Directorate-General for Communication (DG COMM) has awarded a grant to forty media from twenty-one EU Member States”. This includes “12 main press agencies” and “28 multimedia projects”.

The deadline to complete these projects is 30 June 2022. Klaus Welle comments: “It is expected that the selected media will contribute to amplify the debate and encourage their audiences to participate…”

“Surely, the European Parliament itself, which has been complaining about government meddling in media in places like Hungary, should realise that it should not be normal for politicians to make those that are supposed to scrutinize them – journalists – financially dependent.”

The same practices are now being employed by the EP to generate media attention for CoFoE. So far, that seems to be failing, however, as Euractiv has highlighted.

European Commission reveals it has been spending at least 17.7 million euro on CoFoE

CoFoE has been surrounded by a lack of financial transparency from the beginning.

In October, European Commission vice-President Šuica still refused to respond to demands by MEPs on financial clarity with regards to CoFoE, merely stating the following:

“The three institutions contribute through their own resources according to existing budgets and there is no single budget line of the Conference.

Costs covered or budgeted by the Commission include the development and operation of the multilingual digital platform, the random selection of participants and the organisation of the European Citizens’ Panels with all related costs, such as travel, subsistence and accommodation costs of the participants, interpretation in 24 languages, the technical set-up of the venues and facilitation.

It is not planned to use EU programmes for the funding of the Conference on the Future of Europe. However, Erasmus+ (which includes the DiscoverEU action) and the European Solidarity Corps support civic engagement, youth participation and solidarity activities, which can, in some instances and indirectly, feed into the objectives of the conference.”

On 3 December, she finally mentioned figures, telling MEPs that had been repeatedly urging the hosting institutions to make an overview of Conference related expenses easily available to the public on the Conference platform:

“As of early October 2021, the total budget contracted by Commission services under contracts specifically signed for the purpose of the Conference is EUR 17.7 million. The budget includes the preparation and implementation of the European Citizens’ Panels, together with an accompanying study (EUR 15.1 million), and the development, management, hosting and moderation of the Multilingual Digital Platform (EUR 2.6 million). (…) The information provided above covers the costs borne by Commission services and does not cover funding provided by the other institutions/co-signatories of the Joint Declaration.”

Even if she confirmed that CoFoE “activities are supported via the existing administrative structures of the Commission”, she refused to disclose how many working hours are spent by EU officials on CoFoE.

The cost to taxpayers revealed by Brussels Report and by Commissioner Šuica only involves spending by the European Parliament and the European Commission respectively. No clarity as of yet has been coming from the side of the Council or EU member states when it comes to spending on CoFoE.

At the start of the conference, former Commission official Andras Baneth estimated in a comment for EUObserver that the cost to EU taxpayers of CoFoE would ultimately be “ an estimated €200m”.

The secrecy maintained by the European Parliament’s Bureau is supported by a majority of MEPs. Last spring, 360 MEPs voted against “clarification as soon as possible of the conditions for financing this conference and the consequences for the institution’s budget” and against “a commitment to full transparency on the expenditure of this conference, including the keeping of separate accounts and an audit report by the European Court of Auditors for each year of functioning.”

Furthermore, even when contracts are published, financial information is left out. Kantar Group has been employed by the EU institutions as a subcontractor to manage the CoFoE process. In the EU’s contract  with Kantar any information is being blacked out on the “Cost for recruitment of 400 participants from 27 Member States to attend two panels of 200 participants each for one sent for each group (and a back-up list of 100 participants including all other tasks as described above)”: 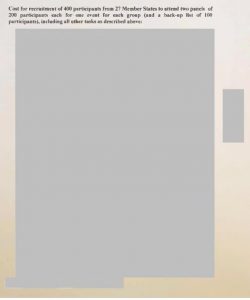 A group of MEPs, including Swedish MEP Charlie Weimers (SD, ECR), wrote a letter  to the EU institutions on 22 December, urging them to “give citizens EU transparency for Christmas!”, in particular when it comes to CoFoE. In a reaction to the revelations by Brussels Report, Charlie Weimers states:

“It is sad to see the lack of transparency and the reluctance with which the Commission only provided partial answers. It is a tragedy that Parliament has offered, and that media have accepted, funding tied directly to reporting on the Conference. This calls into question the objectivity of their reporting and highlights the lack of citizen interest in this Conference.”

Together with colleagues, I have asked the Commission to live up to its commitment to transparency after the EU-parliament rejected full transparency with regard to the financing of the EU #FutureConference #CoFoE pic.twitter.com/Vv3IStUZ69 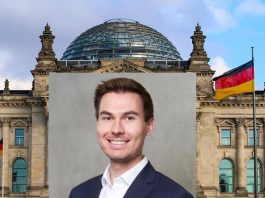 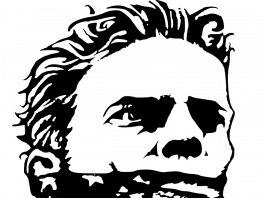