Home Eurozone Will the Covid crisis bring down the Euro? 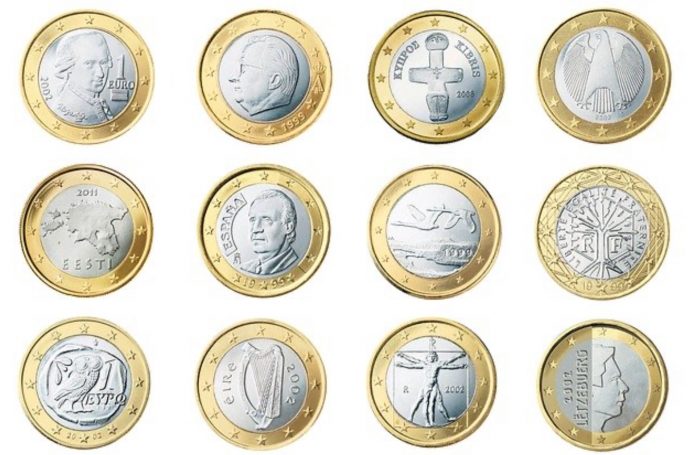 By Tuomas Malinen, Adjunct Professor of Economics at the University of Helsinki and CEO of GnS Economics Ltd.

The coronavirus pandemic has served as the perfect excuse for the European Union to try to establish greater control over European economies. Still, without the European common currency, the 800 billion euro “recovery fund” would probably not have seen the light of day. This is something that isn’t often discussed, which is unsurprising, given that the European and the euro enjoy the status of a ‘holy cow’ in European media and mainstream politics, especially after Brexit. Ideology has often trumped facts here. And the facts are that the euro is a failed currency, even if many refuse to admit this.

As a researcher of macroeconomics, it has always baffled me, how despite the fact that historically, more than 200 currency unions have fallen apart, this has failed stave off the desire for a European common currency. Macroeconomists, or at least the majority of us, understand perfectly well that binding different countries together with the same currency either requires the possibility of an exit procedure from the currency union, or alternatively, requires fiscal transfers from prosperous to weaker nations. This is a clear-cut lesson from history and there are no exceptions.

When both economically weak and strong countries join a currency union, this usually leads to economic production flowing to the stronger economies. In this scenario, typically, economically weaker countries enjoy lower interest rates than when they still had their own currency, something which provides them with strong incentives to borrow. During an economic crisis, private capital then flees from the weaker to stronger economies, which ultimately results in a debt crisis, as the weaker countries are no longer able to service their debt. This is precisely what happened in the Eurozone between 2010 and 2012. The solutions adopted to deal with this have only made the Eurozone even more fragile.

Out come the ‘zombies’

When researchers looked into the causes behind the stagnation of the Japanese economy following the financial crash of the early 1990’s, they discovered that weak Japanese banks, which survived as a result of large scale bank bailouts, have tended to direct their liquidity to companies that themselves are at risk of failing. This phenomenon became known as ‘evergreening’.

One study explained it as follows:

“Banks had more of an incentive to extend additional credit to troubled firms with loans already outstanding as those same banks’ reported risk-based capital ratios neared their required capital ratios.”

It was also discovered these ‘live undead’ firms were tying up capital and labor, something which restricted the entry of new and more profitable companies. Hence, the term ‘zombie firm’ was born.

A firm is called a ‘zombie firm’ when it cannot cover its interest expenses from its revenue stream. According to standard business logic, such a firm should fail.  However, when cheap funding is plentifully available, zombie firms can linger on by rolling over their debts, and the number of this kind of companies is likely to increase in accordance with the increased availability of cheap loans and weak banks.

This is also what we have witnessed in the Eurozone, where the share of zombie corporations has grown all through the 2010s. The ECB’s ‘Outright Monetary Transactions’ (OMT) program, enacted in September 2012 to prevent the euro from falling apart, pushed down the interest rates of countries embroiled in financial trouble. However, this also turned many weak banks into ‘zombies’, because it caused the value of their sovereign debt holdings to be artificially inflated. Moreover, these Eurozone banks were forced to prop up zombie firms, given that otherwise, they risked becoming insolvent themselves.

This went from bad to worse after the ECB introduced negative interest rates in June 2014. These negative rates have truly destroyed the profitability of banks of Europe, which is why they have turned even more to zombie lending, in order to keep their customers from failing and to prevent crippling losses.

Everything went from worse to horrendous, when the coronavirus pandemic hit.

Since the pandemic struck, in Spring 2020, the European common currency has been kept alive with extreme monetary policy measures, fiscal support and accounting gimmicks.

One of these measures was the ECB’s ‘Pandemic Emergency Purchase Program’ (PEPP) which has ballooned to a 1850 billion-euro behemoth.

It caused, amongst others, the yields on Spanish sovereign bonds to drop below zero. This is totally absurd, as Spain is one the most highly indebted countries in Europe, while also having suffering badly from Covid and the accompanying lockdowns. We can only guess how high the yields of Spanish – and similar – sovereign bonds would have been without the ECB relentlessly buying Spanish bonds.

Very few people seem to be scared of this insanity, which is not justified. The fate of the euro now depends on the ability of the ECB to pursue its bond buying, something which has caused what is probably the biggest sovereign debt bubble in history. Price discovery in European capital markets has been destroyed. This means that there are and that there have been massive capital misallocations, which are likely to breed even more zombies.

The response by European political leaders to address the pandemic and the lockdowns has been two-fold. First, they have enacted fiscal stimulus on a massive scale, of which the main part has been directed to keep companies from failing. Secondly, they have granted debt-moratoriums.

As a result, hordes of companies have now been kept alive only because of the support they enjoy from central banks and governments or because they are being protected from their creditors. The European economy is turning into some kind of ‘zombieland’.

The Euro is becoming extremely unstable

In reality, the European economy is badly suffering or may even have collapsed, but it is just not visible, because politicians and the ECB have been able to “mask it”. We are living in a fictional reality, for now.

Still, there’s one corner of the economy beyond the control of governments and central banks: the inter-bank market, where banks lend to each other. If trust would break down there, a banking crisis would be imminent.

Such a breakdown of trust can happen for a multitude of reasons. One in particular is speculation that a country may exit the Eurozone, as this would mean that the debt issued by that country, including the debt held by banks, would be instantly redenominated.

For example, in case there would be speculation of an Italian euro exit, there would be the prospect of the new Italian currency depreciate heavily against the euro. Why would banks continue to lend in such a scenario, even over-night, to an entity which may end up paying back its debt in depreciated currency?

The euro’s instability ultimately depends on politics. In history, monetary unions have broken down when there was no more political will for further integration.

How high is the willingness for further political integration in the Eurozone  today, especially in the North? To me, it seems to be hanging by a thread.

The EU’s recovery Fund has been created to stave off a political crisis, in particular in Italy, that would have most likely morphed into a pan-European  banking crisis. Ratification of the fund in all 27 member states will however not solve the euro’s fundamental problems. Only permanent fiscal transfers would.

The fund does open the door to such permanent fiscal transfers, but this clashes with the fact that a ‘transfer union’ is not something most citizens of Northern European countries understand to have been agreed at the moment of EU or Eurozone accession. Notably, not a single EU-country has announced to hold a referendum on the Recovery Fund, even though it clearly changes the EU in a fundamental way. Furthermore, it most likely violates the articles of the Treaty of the Functioning of the European Union (TFEU).

Alas, the Eurozone and the EU are trapped. Either a transfer union is forced upon Europe’s reluctant citizens, causing a massive political backlash, or the unraveling of the Eurozone. In other words, we may either witness the death of democracy in Europe or an economic collapse, which may come regardless.

As Europeans, we should be terrified of anything that undermines democracy and ultimately cause its death, because we know what kind of monsters this can give birth to. That is what history teaches us. 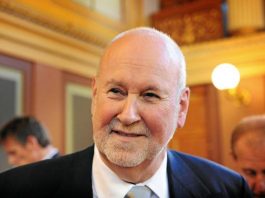 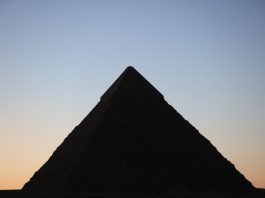 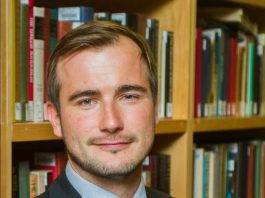