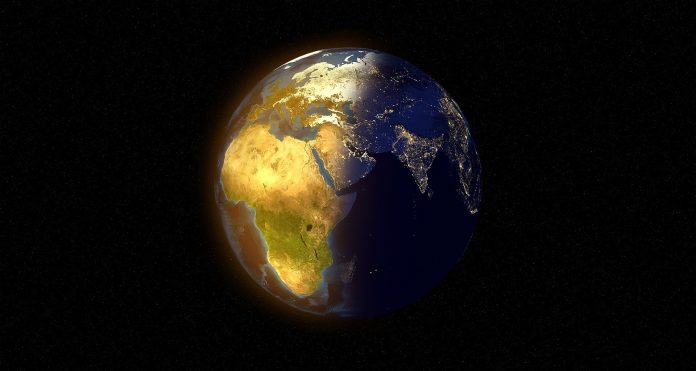 The European Union (EU) has long been a major trading partner with African, Caribbean, and Pacific (ACP) countries. This has allowed many of these countries to benefit from exporting goods to the EU. Even if the exports of ACP countries to the EU is almost entirely exempt from tariffs, which is a result of the Lome Agreement of 1975, there are still a lot of non-tariff barriers in place.

Incredibly, despite its great resources, Africa imports almost 83% of its food. Obviously, one should not only blame Western protectionism for this – also in Africa, massive opportunities for opening up trade remain – but it is part of the explanation.

West African economies are hit by this in particular, as many of their goods cannot be exported due to the EU’s protectionist policies. This has had a detrimental effect on West African living standards, and has created an unequal trading relationship between the EU and the ACP countries.

For example in the coffee market, burdensome EU restrictions have been holding back African coffee imports, this while coffee exports could be one of the great assets of African economies.

Also the EU’s restrictive policies on GM crops has negatively affected Africa. Yes, also many African nations have not yet embraced the opportunities brought about by this innovation, but any African export hopes in this area are strongly dependent on whether the EU opts for an innovation-friendly approach or not, given the EU’s role as a regulation-setter.

Africa has massive potential. Demographically speaking, it is the youngest of all Continents. Fast internet is absolutely key to exploit this, but until today, large parts of Africa are still deprived of this. The African internet economy still has the potential to grow to $180 billion — which is roughly 5.2 per cent of the continent’s GDP — by 2025. Any opening of more traditional trade with the West, and certainly the European Union, would help boost Africa’s services economy, centered around the internet, even more.

As a West African politician, I believe that the EU should strive to create a more equitable trading relationship with ACP countries, one that is not based on protectionism and does not hinder the economic development of the ACP countries.

This is particularly the case given the damage climate change may cause to our part of the world. According to the United Nations, climate change in Africa can destabilize ‘countries and entire regions’, as it may undermine human health and safety, food and water security, and socio-economic development. This despite the fact that Africa accounts for only about two to three per cent of global greenhouse gas emissions.

Africa must not be targeted by EU carbon levy, warns Senegal's president https://t.co/av2RZzvTJi

I believe that in order to effectively tackle this challenge and raise awareness in a religious Continent like Africa, it is particularly important to partner up with religious groups. This is happening more and more. Recently, Duke University for example partnered with climate NGO Faith For Our Planet (FFOP) to host thirty young leaders, from every continent on Earth, in order to forge a global climate movement. What uniquely unites these young people is not that only they are accomplished and dedicated to protecting the planet, but that all of them identify as persons of faith, who wish to bridge the gap between religion and science and pursue tangible climate solutions for their various communities. Their idea is to allow religion to deal with what the participants describe as a climate emergency.

I was delighted to take part to this, because addressing climate change is a priority for me, and it has inspired by my deep faith. Still, I am unsure if faith leaders back home understand the significance of climate change. Faith For Our Planet (FFOP) is an ambitious global interfaith climate coalition founded by the Secretary-General of the Muslim World League, Dr. Mohammed bin Abdulkarim Al-Issa, who created FFOP with this issue in mind.

FFOP is dedicated to the world of climate advocacy through global programs and workshops aimed at transforming how the world’s religions tackle climate change. By bringing together faith leaders and climate scientists, FFOP injects scientific literacy into religious spaces, while also urging scientists to see faith communities as potential partners with tremendous resources. According to Dr. Al-Issa, the mission is “to build a global, faith-based climate action movement,” focusing on “a new generation of faith-based climate activists” which he describes as “the future of not only the climate movement, but of this world.”

Some of the actions of the climate activisits, as for example destruction of valuable art, remind of some kind of surrogate religion. Perhaps partnering up with actual religious groups can bring some more sense to the climate debate, given how established religion tends to support moderation, an evidence-based approach and great trust in human innovation. Trusting technological innovation, as for example exploiting the opportunities of a CO2 low energy source like nuclear power, may well be concluded to be the way forward for mankind. Together with greater openness to trade, this may finally help Africa avoid the damage due to climate change and to lift off economically, thereby becoming the world’s next economic growth powerhouse.