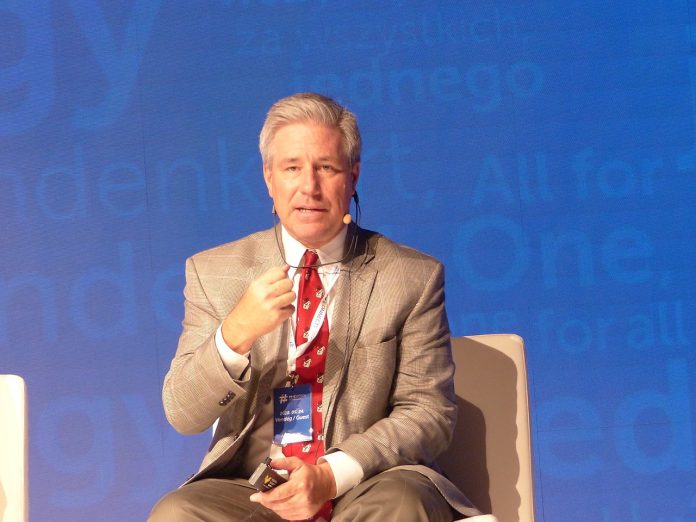 To listen and subscribe to this podcast on Spotify, Apple, Google Podcasts, PocketCasts or other platforms, please click here.

Daniel J. Mitchell is a public policy economist based in Washington D.C. For years, he has been extensively commenting fiscal and budgetary policy in the OECD, having served as a Senior Fellow at the Cato Institute and the Heritage Foundation, as an economist for Senator Bob Packwood and at the Senate Finance Committee, and as a Director of Tax and Budget Policy at Citizens for a Sound Economy. He is also the founder of the Center for Freedom and Prosperity and often comments on fiscal and economic policy on his blog.

This podcast is an audio record of a Brussels Report seminar recently hosted in Brussels, in cooperation with the Tholos Foundation, where Daniel J. Mitchell discussed the state of public finances in the Eurozone, exploring the following questions. This against a background of European governments engaging in yet another round of budgetary expansion as a response to the energy crisis, after stretching their fiscal capacity to deal with the consequences of Covid lockdowns, all amidst increasing interest rates and with a monetary union with only shaky political underpinning.

His presentation can be downloaded here: Brussels October 2022 Dan M.

Assuming their politicians care about the future (rather than just the next election), Europe's welfare states should copy Switzerland's very successful spending cap https://t.co/EbqTkiox6D

What began as a pact for economic liberalization has now become a bureaucracy for dirigisme https://t.co/8RAEjLRQTL

The ghost of Herbert Hoover is guiding Brussels https://t.co/UUT1ImwDkK

Here's a common-sense reform if we want more prosperity https://t.co/CGzabxoD7b

Register here for our seminar next week in Brussels on "The state of public finances in the Eurozone”, with a keynote by Daniel J. Mitchell @danieljmitchell: https://t.co/CDISYRDIfH
Hosted with @tholos @PRAlliance #Eurozone #EU #economy pic.twitter.com/TiVLSirokL

In Eastern Europe, just like in every other region of the world, the recipe for prosperity is the same https://t.co/ZCUcXt0i6z

This is pathetic and embarrassing. The head of the European Central Bank, Christine Lagarde, claims inflation mysteriously appeared from nowhere. Yet the ECB's own numbers confirm that she deserves to be blamed. https://t.co/chKgQaSMdX https://t.co/46wnVNQMx7

It is inevitable that the European Union is going to morph into a transfer union. The main benefit of Brexit is (was?) getting off the sinking ship before that happened. https://t.co/CMLvmk9oLz https://t.co/PdhHGisp9v