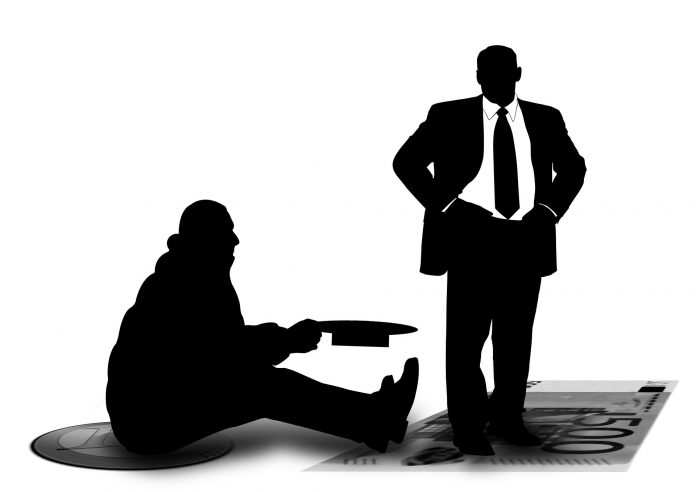 The cost of energy, food, and housing is skyrocketing – and Europeans feel increasingly cash-strapped as the rising cost-of living crisis worsens across the continent. Although central bankers and the rapid expansion of their balance sheets are certainly to blame, European governments have also contributed to this crisis, through years of failed regulatory and tax policies that have kept price levels at a constant high.

Because of central banks’ independence, governments can do little to change monetary policy in the short term. However, there is much more they can do in their own back garden. Tax rates and regulations are set by the EU and the governments of its members states. Double-digit inflation is already a worrying reality in many EU countries. Now is the time for governments to act and help to alleviate the high cost of living by making regulatory and tax reforms.

As a recent EPICENTER analysis, called “Out of Pocket – How governments fuelled the cost of living crisis” proves: high price levels in various sectors are often entirely due to government meddling in the economy. There are many reasons for this and they vary greatly, based on the country and economic sector.

Whilst monetary policy has clearly played an important role in fuelling inflation, the tax & regulatory policies set by governments also contributed to the elevated price levels. New report on how governments can reduce the current inflationary pressure. https://t.co/aZ42qVI3vx

In Germany, for instance, the price of gas and electricity has risen by triple digits in less than three years. The Energiewende policy – in other words, the unscientific phaseout of nuclear power, which was partially replaced by Polish coal-powered electricity and cheap Russian gas before the war – has led to an unprecedented rise in the cost of energy. This is not just a result of geopolitical tensions with Russia, it is very much a political choice by the country’s current and former leaders.

In Italy, the average family will pay 2,275 euros extra this year for energy and food.  In order to fill state coffers, Italians are taxed by their government at a higher rate on their energy, alcohol or tobacco consumption than the average European. Given the inefficiency of Italian state spending, it is clear that the tax euros collected by the Italian government would be much better left with the consumers to offset their rising cost of living.

In Romania, the total consumer price index has increased by 17.45 per cent in the last two years, with no end of the spiralling inflation in sight. A reduction in the excise tax on fuel and in taxes on energy would have a net positive ripple effect on the Romanian economy. This would not only help to alleviate high prices in other economic sectors, but it could also lead to an increase in the net amount collected by the state through these taxes – proving the Laffer curve in action.

European institutions are not blameless either. While the EU’s Common Agricultural Policy has undergone several phases of reform, it remains a protectionist tool wielded by the EU to supress agricultural competition from third countries, relegating African farmers to poverty, while artificially increasing the prices of basic food items for European consumers – therefore affecting the continent’s low-income earners the most.

Excellent example of the @EU_Commission’s & @OECD’s framing bias. At a conference about better regulation there is no option to vote for fewer regulations to improve EU practices in the future! pic.twitter.com/oB9o6lrBIG

Today, Europe’s high taxes and burdensome regulations are biting more than ever

The high price levels that have dominated several sectors of the European economy are bad news for consumers in the best of times, but they can have tragic consequence during times of high inflation. The queues in front of food banks are already lengthening and once winter returns, tens of thousands of families will be wondering whether they can scrape together enough money to heat their homes properly.

However, it is not only free trade with our partners abroad that can reduce consumer prices. The lack of competition in several sectors due to restrictive government mandates is a major problem which is especially prevalent in the housing sector. To artificially restrict supply amid stagnant or even increasing demand will inevitably lead to inflationary pressure in these areas.

Governments and municipalities across Europe should lift construction restrictions to reduce prices for housing and rents and the supply side must be assisted to provide more living space. This can be achieved only when land is made available for constructing rental apartments and houses. Regulations that preclude this conversion of land use should be lowered.

Governments should also constrain their desire to collect ever-increasing amounts of tax. This greed often becomes counterproductive, as tax rates on the wrong side of the Laffer curve will inevitably lead to lower tax incomes. European governments should consider whether they have already reached the maximum rate of taxation that will permit them to collect the highest share of revenue, especially on consumer goods with exercise duties – such as fuel, alcohol or tobacco products.

While the incompetence of central banks and Russia’s imperialist war of aggression are certainly major contributing factors to the sudden jump in inflation, governments cannot stand idly by and pretend they have no burden of responsibility to bear. While defeating Russia and changing monetary policies may take some time, both the EU and European governments have plenty of tools at their disposal right now that would help their citizens and alleviate the rising cost of living across Europe.

To counter forced labour in supply chains, a targeted approach is preferable