Home European Union The EU is sabotaging its economy in the name of unattainable climate...
Twitter 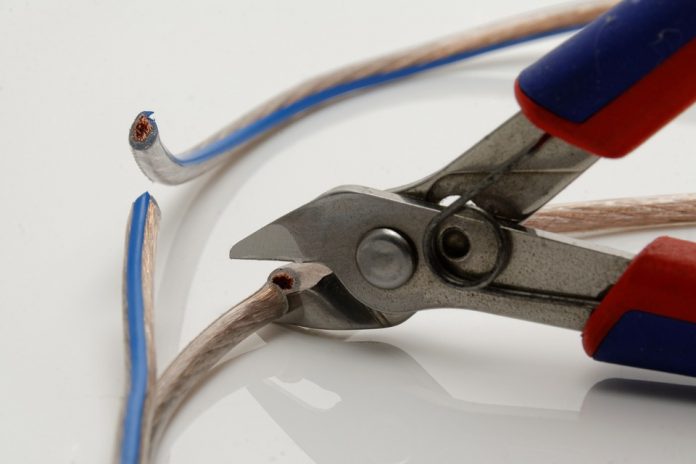 By Samuel Furfari, formerly a senior official at the Energy Directorate-General of the European Commission (1982-2018), Professor em. at Université libre de Bruxelles and President of the European Society for Engineers and Industrialists

As Europe is suffering an energy crisis, the European Union continues to boast about its energy strategy, the “European green deal”, which is supposed to point the way to the rest of the world. This is all happening under pressure from countless green NGOs, combined with a lack of critical reflection which is prevalent within EU institutions.

Faced with the COP26 fiasco, the EU failed to notice that the rest of the world is not following it. Now, it continues to stubbornly promote renawble energy even more, even though this EU policy is at the root of Europe’s energy crisis.

Natural gas prices on the spot market have risen fivefold in one year, due to a very strong economic recovery in China which caused an equally strong increase in its energy consumption. Thanks to an abundance of natural gas – the energy source of the future – a single, liquid market now exists between the EU and Asia, while the geographically isolated United States rejoices in the very low price of its shale gas.

Elevated energy prices in Europe are here to stay. In Europe, the supply of renewable energy is not sufficient to fill the void left by the mandated down-shift in fossil fuel energy supply. Yes, with Europe’s energy policy mix, GREENFLATION is here to stayhttps://t.co/ysV2PlhCRH

China, which did not put all its eggs in one basket, is coping by importing more coal from Indonesia, by unloading Australian coal that had been blocked for a year in Chinese ports following the sanctions China had imposed on Australia, and by fully exploiting its small coal mines which it was busy closing due to lack of economic profitability.

China prepared for growing demand by constructing nuclear power stations – the electricity source of the future. In short, China is doing the opposite of the EU, because it knows that there can be no growth without abundant and cheap energy, as the founding fathers of the European Community declared in Messina on 2 June 1955.

In Brussels, everyone is silent

A few weeks ago, Christoph Leitl, the president of Eurochambres, the federation of EU chambers of commerce, declared on leaving office that the objectives of the EU’s “Green Deal” are unrealistic. One would wish he would also have had the courage to say this during the time when he was in office.

Because this is precisely the strength, and the weakness, of the European Commission. Everyone is silent, causing the Commission to believe that it is on the right track. That is a big problem, because the current situation is the consequence of EU energy policies that have been subjected to the dictates of climate policy. Just like the emperor who thinks he has new clothes in Andersen’s fable, the European Union is naked in the face of this crisis that it has helped to create.

Flemish Energy Minister @Zu_Demir: "Let's not delude people: energy prices are as high because of a deliberate EU policy to drive up the price of CO2 and make our own supplies scarce. #Greenflation, green inflation is not made up. Need to act structurally"https://t.co/GO43hkiMW8

In order to deal with the most pressing problems, the European Commission has been quick to blame Russia, even though Gazprom respects the contracts signed in 2005 by Gaz de France, on request of the French President at the time, Jacques Chirac. As he didn’t want to damage good trade relations – the USSR had started selling gas in the 1970s – Russian President Putin pledged Russia would supply as much gas as possible. Vladimir Chizhov, Russia’s ambassador to the EU, then commented: “Change the adversary into a partner and things are more easily resolved.”

Indeed, President Obama bears his share of responsibility as well for dragging us into counterproductive sanctions in 2014. His country has all the gas it wants, while the EU needs to primarily rely  on its Russian neighbour for its gas supply. As a result, Russia cannot be expected to dance while the European Parliament whistles.

It seems dubious whether renewables will dominate the 21st century

When measuring renewables in percent of global energy, almost all energy was renewable in 1800

Becoming a vassal of China and India

It is fortunate that former German Chancellor Angela Merkel stood up to both the European Commission and Joe Biden to ensure the completion of the Nord Stream 2 pipeline, because, of course, German leaders are not fooled by the idea that wind turbines and photovoltaic solar panels would be able to replace nuclear power and brown coal.

Since the oil crisis of 1973, the European Commission, with the convincing support of the European Parliament, has done its utmost to promote what were then called alternative energies. Despite this, wind and solar energy only accounted for 2.9% of the EU’s primary energy demand in 2019, after €1,000 billion of spending to promote those “renewable” energy sources since 2000. Stubbornness is not going to change anything. Those renewable energy sources remain of a variable and intermittent nature and they also require a lot of space, no matter how many COPs and activist demonstrations are being hosted.

As a keen environmentalist, this horrifies me. The footprint of unreliables is vastly greater than that of fossil fuels, let alone nuclear. https://t.co/LoMGPckhBo

The EU’s stubbornness in sabotaging its economy in the name of unattainable climate targets will go down in history as causing the continent that invented modernity and technology to become a vassal to China and India. The needs to urgently end its mad pursuit. Then, I have little hope that this decision will be taken. We will be left with the paltry pleasure of being among those that warned for it all.

Check out the twelfth episode of the Brussels Report Podcast!