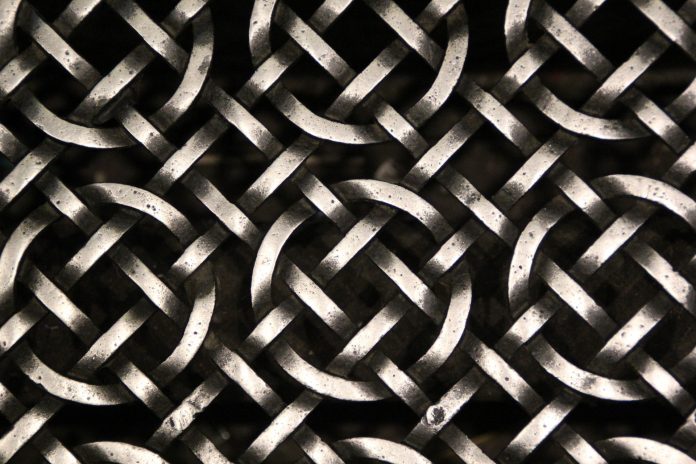 In an article for Brussels Report, former Irish Europe Minister Dick Roche takes up the defence of Huawei in the face of the increased obstacles for the Chinese company to operate in the European Union and other jurisdictions, challenging the case that the restrictions imposed on it would be justified from a security perspective.

Public policy should be based on facts and objective analysis.  Both have been singularly missing from the debate on Huawei, a company that I have been advising for some time.

There are three particularly striking aspects of the campaign to remove Huawei from European networks. It has been ruthlessly driven by the United States, has been based on allegations unsupported by objective evidence and it demonstrates a disturbing willingness of some European policymakers to swallow myths without examining the facts.

The Irish satirist, Jonathon Swift wrote “falsehood flies, and truth comes limping after”: Churchill rephrased the maxim as “A lie will go round the world before the truth has the chance to get its pants on”. The enduring impact of the myths trotted out about Huawei demonstrates both Swift’s acuity and the accuracy of Churchill’s observation.

It is instructive to review the myths.

The most prominent line of attack has been that the use of Huawei equipment undermines the security of Europe’s telecom networks.

Successive US administrations have ‘spun’ security scares about Huawei and its equipment.  They have also sought to link Huawei to a false narrative about Chinese cyber security law overlooking the invasiveness and claimed exterritorial outreach of US law.

An inconvenient truth for those pushing the security myth is that Huawei is the most heavily scrutinised equipment supplier in the market. Huawei equipment has  consistently been found ‘clean’ and never suffered a major cybersecurity incident.   Had US intelligence agencies or their surrogates uncovered a shred of evidence of wrongdoing on Huawei’s part they would have produced it:  they haven’t!

Another inconvenient fact is that Huawei has, for decades, been a trusted supplier to major European network operators, respected companies who value their reputations too much to have invested in equipment that is risky or sub-standard.

Nicholas Negroponte, author of Being Digital, and co-founder of MIT Media Lab, has called the US ban on Huawei “a mistake” and, pointing to President Trump’s statement that he would reconsider the ban on Huawei if China made a trade deal concludes that the ban was “not about national security” but about trade.

Vince Cable, the former UK Secretary of State for Business, Innovation and Skills made a similar point about the May 2020 decision of Boris Johnson’s administration to reverse the UK policy on Huawei. Cable concluded that reversing policy on Huawei – which had been signed off by Britain’s intelligence agencies – had “nothing to do with national security”: the Johnson Government reversed policy “because the Americans told us we should do it”.

Another much-employed myth is that Huawei is owned by the Chinese state.

Huawei is a private company, owned by its employees. The company’s founder owns 1.14% of the company shares, the balance is owned by around 98,000 employees. No government agency or outside body holds shares. The shareholding employees elect a Representative’s Commission on a one vote per share basis. That Commission elects the company’s Board of Directors and Supervisory Board.

The fact that the Huawei employee ownership is portrayed as somehow sinister, a striking example of the double standards that permeate the debate on Huawei.

An extraordinary aspect of the myth is the extent to which it hangs on the views of a single individual,  Christopher Balding an American blogger and former academic.

In 2019, shortly after President Trump signed an executive order blocking Huawei,  Balding co-authored an essay “Who Owns Huawei” which, after some convoluted analysis concluded that “Huawei may be deemed effectively state-owned”. Balding doubled down on this line in later writing.

Within weeks of his article appearing Balding joined the London based Henry Jackson Society (HJS) as an Associate Fellow. The Society was campaigning to remove Huawei from UK networks.

Balding’s conclusions on Huawei’s ownership became a key talking point, was presented as fact in exchanges in the House of Commons and was amplified in media coverage. Few bothered to check the facts.

Huawei’s ownership was not the only attack line linked to Balding.

On 9th July 2019, he published a paper alleging “strong evidence that Huawei personnel act at the direction of Chinese state intelligence” was published by Balding. The paper was prepared with the assistance of the Henry Jackson Society.

Balding claimed that by trawling almost 600 million Chinese work resumes – 25,000 of which related to Huawei employees- that were leaked in 2018 from Chinese databases he discovered a number of resumes of Huawei personnel which in his view suggested a “possible connection” to China’s military.

Following a ‘deep dive’ into the Huawei CVs Balding claimed to have identified three Huawei employees whose resumes provided “strong evidence” of a connection with Chinese intelligence.

A review of Balding’s paper by Kevin Curran, Professor of Cyber Security at Ulster University concludes that “no serious analyst would say (the paper) presents “strong evidence” against Huawei. It consists largely of speculation and inference”

Balding’s threadbare analysis is further undermined by the fact that he presents his ‘evidence’ in a way that deliberately prevents independent verification: the reader must accept Balding’s conclusions on trust.

Trust in Balding took a hit when during the 2020 US Presidential election he was exposed by NBC News as being centrally involved in the preparation and dissemination of what the network labelled a “fake ‘intelligence’ document” smearing Joe Biden and his family.

ijiwei Talk EP57: Dr. Kevin Curran from Ulster University elaborates on why and how #Europe could be hurt from its own #Huawei bans. #5Ghttps://t.co/9SuBaQzzMs via @YouTube

The allegation that Huawei has engaged in intellectual property theft is another much-favoured US line of attack. As pressure mounted on the UK Government to ban Huawei, the US Department of Justice, controlled by Trump’s AG William Barr, launched a court case charging Huawei with conspiracy to steal trade secrets from US companies. Responding to the case, which was essentially a rehash of a 2019 indictment,  Huawei pointed out that the charges were “based largely on recycled civil disputes from the last 20 years that have been previously settled, litigated and in some cases, rejected by federal judges and juries.”

The assertion that Huawei’s market position was built on intellectual property theft overlooks the fact that Huawei is one of the top five global investors in R&D. At the end of 2019, Huawei held over 85,000 active patents, over 50,000 of which were granted outside China. In the same year, the company headed the European Patent Office patent application ranking. In 2020 Huawei recorded its biggest ever increase in patent ownership.

Another much-deployed myth is that Huawei receives huge state subsidies enabling it to undercut competitors. This line was much favoured by former US Attorney General William Barr, who at one point advocated a US takeover of Nokia and/or Ericsson as a means of competing with Huawei.

The issue of state funding was comprehensively addressed in filings made to the US Federal Communications Commission (FCC). On funding, filings demonstrated that state support for Huawei over the period 2009 to 2018 was the equivalent of just 0.3 per cent of total sales. Adjusted for size, Huawei state support was in line with that received by competitors like Nokia, Ericsson, Cisco, and Alcatel-Lucent. Had one word of Huawei’s lengthy submission to the FCC been false, the Huawei-phobic US Attorney General, would have headed to the courts.

Allowing Europe’s telecommunication policy to be dictated by Washington not only undermines European sovereignty but comes with other very tangible costs.

Network operators have repeatedly warned about the self-harm that comes from excluding Huawei, resulting in billions in extra costs, delayed 5G rollout, the interference of free trade, and the risk of falling behind technologically. Oxford Economics, a leader in global forecasting and analysis, in a 2020 study, commissioned by Huawei, calculated that excluding Huawei’s equipment would increase Europe’s 5G rollout costs by an eye-watering average of €3 billion per year over a decade.

Perhaps most ironic of all, limiting competition and forcing European network operators to depend on a narrower range of suppliers for critical parts of the telecom infrastructure is making networks more vulnerable to attack.

As the Trump administration was finalising its ban on Huawei, Brad Smith, the President of Microsoft, warned of the consequences of drawing a “digital iron curtain down the Pacific ocean” and warned that such a move would “hold back” the United States and other democracies.

The idea that the security of telecom networks is protected by excluding equipment vendors on a country-of-origin basis, the core of the policy that the US has been pressing, ignores the reality that threats can emerge anywhere in the international supply chain.

During the 1990s, Europe put itself at the centre of innovation when, in the face of US opposition, it promoted GSM standards. Europe could once again play a positive role in addressing genuine concerns that exist in the evolving telecommunications space on issues such as security by promoting the creation of common global standards that protect security.  Taking such an approach would promote innovation, strengthen security, retain global supply chains, minimise costs and ensure that the benefits of the 5G and ultimately 6G are universally distributed – an altogether more appealing role than that of submissive partner in the creation of a digital iron curtain.

Dick Roche is a former Irish Minister for European Affairs and a former Minister for Environment. He served in the Irish Parliament from 1987 to 2011.