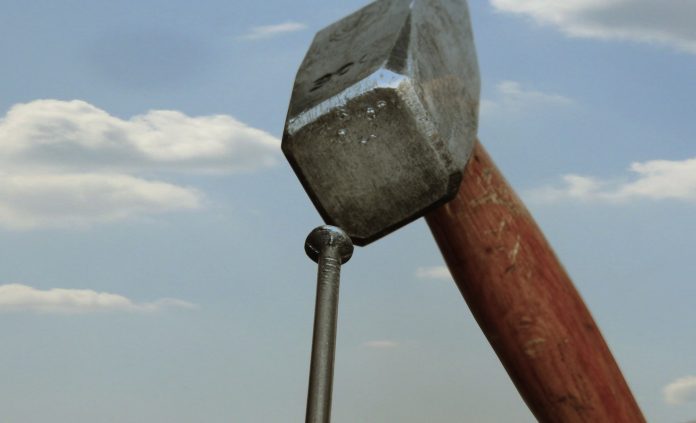 “If all you have is a hammer, everything looks like a nail”. It’s not exactly a secret that regulators tend to see regulation as the catch-all solution for various kinds of problems and challenges. This is the case across the world and throughout history. Some regulators however take things further than others.

The EU regulatory machine, which does not only include the European Commission, which enjoys the monopoly to propose EU regulation, or the European Parliament, but also EU member states, has taken it further than most others. Open Europe has estimated that over twenty years, between 1998 and 2018, about two third of the impact of all regulation in the EU emerges from the EU level. This figure was calculated on the basis of regulatory impact assessments prepared for by the UK government, which detail whether regulation emerges from the EU or the national level.

One of the reasons for this is the fact that as early as 2000, the European Commission advocated the so-called “precautionary principle“, which has also been included in the Lisbon Treaty, which entered into force in 2009.

As defined by the 1992 “Rio Declaration”, this principle sets out the following approach for policy making:

«Where there are threats of serious or irreversible damage, lack of full scientific certainty shall not be used as a reason for postponing cost-effective measures to prevent environmental degradation.»

The precautionary principle is openly sidelining science. A 1998 conference on the subject at Wingspread, in the U.S., for example concluded:

“When an activity raises threat upon to human health or the environment, precautionary measures should be taken even if some cause and effect relationships are not fully established scientifically”

The precautionary principle may sound good to some at first glance, but it is not. According to Peter McNaughton, a professor of pharmacology at the renowned University of Cambridge, inventions like the aspirin would never have been approved if this principle had been followed.

The precautionary principle is also engrained in the European Commission’s action plan to restrict alcohol consumption in a bid to reduce cancer. In the first place, it is questionable why the European Commission is involved in this. After all, health policy is a national competence and this also has nothing to do with what should be the EU’s “core business”: scrapping trade barriers.

Also how the Commission intends to tackle alcohol consumption should raise questions. In particular, it aims to support member states in limiting the affordability and availability of alcohol as well as restricting advertising and promotion. In doing so, the Commission also wants to review EU legislation on the taxation of alcohol and the cross-border purchase of alcohol by individuals, which will of course mean pushing for higher taxes on this particular product.

Even though there is obviously a link between alcohol abuse and cancer, it is perfectly possible to consume alcohol responsibly and in moderation. In the worldview of the eurocrats, however, all alcohol is bad.

The Italian winegrowers’ association Federvini reacted angrily to the Commission’s initiative, accusing it of demonizing alcohol consumption per se, instead of focusing on an effective approach to alcohol abuse, stating:

“We find misleading the principle that alcohol consumption is considered harmful regardless of the quantity and type of drink.”

This is all rather ironic, considering how previous European Commission President Jean-Claude Juncker was not exactly known for moderation when it comes to alcohol consumption, something which went unchallenged for years within the institution.

Also when it comes to the regulation of chemicals, the EU has a long track record of applying the precautionary principle. This was the case with the EU’s 2006 REACH directive, one of the most complex pieces of legislation in the EU’s history, which requires companies to register chemical substances with the European Chemicals Agency (ECHA). This was not only incredibly bureaucratic, but it also serves to keep new entrants from the EU market in a protectionist manner.

Last week, the European Parliament adopted its negotiating position for yet another new EU regulation, this time covering persistent organic pollutants (POPs), and the management of waste containing them, with 506 votes in favour, 68 against and 49 abstentions, urging the Commission to be even more restrictive with its new so-called “POPs Regulation”.

Some of these POPs are Per- and Polyfluoroalkyl Substances (PFAS), which are key in various industrial processes. An important factory producing these PFAS substances is located in Zwijndrecht, Belgium. Not only the EU, but also Member States keenly apply the precautionary principle. Last fall, the regional Flemish Environmental Inspectorate ordered chemical company 3M, which owns the factory, to temporarily stop all production processes at this plant that could emit PFAS substances. This after a blood test showed that hundreds of residents living near the plant had too much PFOS (a type of PFAS) in their blood.

However, according to 3M manager Rebecca Teeters, there is no scientific basis for this. She explained that the plant currently emits 3 grams of PFAS substances annually, which is a value that is too low to explain the high PFAS levels in the blood of local residents, stating:

“The measured values have nothing to do with 3M’s current emissions, and everything to do with the historical pollution of the past years. (…) We’ve been studying the levels of this in the blood of our own employees for decades, and they are up to ten times higher than what was measured in Zwijndrecht. Then our employees do not get sick from that.”

If the authorities would be able to prove that 3M’s measurement of emissions is wrong, there is of course a scientific basis for the decision to shut down production processes, and it would even be irresponsible not to do so, but surely the current approach should raise some eyebrows. Suspending production lines puts both global supply chains and jobs at risk, 3M has warned. Is it normal that all of this can be done in a precautionary manner, even if there is no scientific basis for the decision?

It should be added that 3M does not dispute that the substances that are present in the soil are likely the result of past production processes, as the factory has even already awarded farmers with farmland in the area a compensation. However, when no evidence can be produced that current manufacturing processes are causing harm, it is just weird to shut them down anyway, while effectively telling producers that they need to prove that something isn’t harmful, thereby reversing the burden of evidence. Notably, the PFAS produced in the factory is also a key component to produce semiconductors. For now, producers seem to manage to get their supply elsewhere, but should drastic restrictions with a similar impact not require scientific backing?

The Chip Sector Has a New Worry in Plant Shutdown for Key Manufacturing Chemical https://t.co/ANkZPaJ8Sz via @BarronsOnline

No such thing as «zero risk»

The precautionary principle is not only at odds with evidence-based policy making but it also aspires to limit risk to zero. In 2000, a UK expert group in 2000 for example recommended:

The remarkable thing here is that the same report admitted that there was no scientific evidence that exposure to radiofrequency radiation from cell phone technology would have adverse health effects.

To be able to have «zero risk» is of course an illusion. It is also not needed to obsess over this, given how over the last few decades, our lives have become ever safer, both in terms of the risk of accidents and what medicine is able to do. The lightning-fast development of vaccines during the pandemic is only one illustration of this. An obsession with caution might have been understandable in the past, given how tough life was. Today, however, it is very hard to make a case for it.