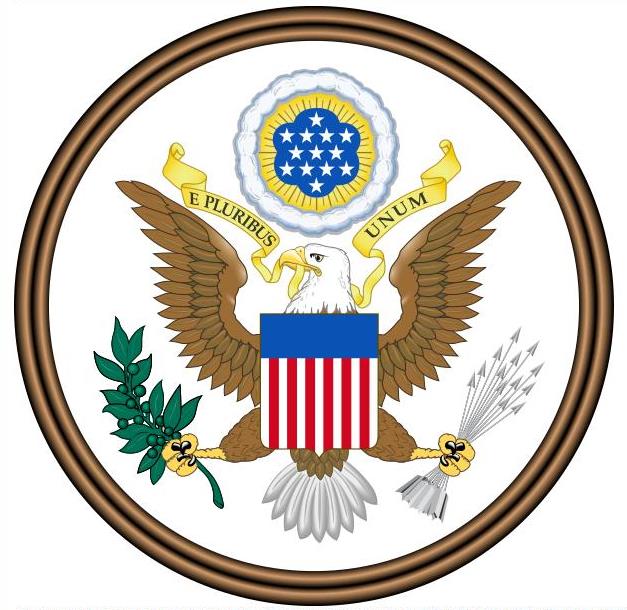 International law recognises that States have jurisdiction to legislate, and to enforce laws with regard to their nationals and entities established under their legislation and with regard to activities carried out within their territory.

In addition, jurisdiction may be claimed – in limited circumstances – in respect of activities that can be demonstrated to have a damaging impact on a State’s national interest. In such cases, a sufficient connection (nexus) must be shown to exist between the activity in question and the State claiming national interest.

Crimes defined by international law such as war crimes, genocide, torture, or crimes against humanity are subject to universal jurisdiction.

Laws that seek to go beyond these limits trespass on the principles of international law and are generally regarded as unlawful. The vast majority of nations abide by these rules and refrain from claiming extraterritorial application for their laws.

There is one glaring exception – the United States. Over the years US lawmakers and federal agencies have arrogated to themselves the power to brush aside the rules limiting the extraterritorial application of laws made in Washington.

The extent to which the United States has arbitrarily seized the right to determine control is blatantly demonstrated in the manner in which a piece of US domestic legislation, the Foreign Corrupt Practices Act [FCPA] has been transformed over the years.

The FCPA was enacted in 1977. The legislation prohibited US citizens and companies from bribing officials of foreign governments to benefit their business interests. It gave US agencies the capacity to investigate and punish bribery and corruption by US corporations.

The FCPA arose out of corrupt dealings by US corporations that came to light at the time of the Watergate scandal.  In March 1977 a committee in the US Senate approved draft legislation “to prohibit certain bribes”.  Six months later, the House of Representatives produced its own draft Bill.

The Committee of the House of Representatives which prepared its Bill found that more than 400 corporations had been making “questionable or illegal payments”. The Committee concluded that “bribery of foreign officials by some American companies casts a shadow over all U.S. companies”.

While FCPA was seen at the time as a breakthrough in addressing corruption, between 1978 and 1998, very little use was made of the Act. Through the 1980s and 1990s the average number of annual enforcement actions were in low single figures. The enforcement statistics were at odds with the earlier findings about the number of US corporations making “questionable or illegal payments”.

Even though the FCPA was rarely used it was deeply resented by US corporations who complained it disadvantaged them. The Act was blamed in part for U.S balance of trade deficits.

In 1997, the OECD agreed the “Convention on Combating Bribery of Foreign Public Officials in International Business Transactions”. The Convention, which was strongly promoted and influenced by the US, aimed to establish binding standards to criminalise bribery in international business transactions. Parties to the convention agreed to establish the bribery of foreign public officials as a criminal offence under national laws and to investigate, prosecute and sanction the offence. The Convention was signed by the then 38 OECD countries and six other nations on 17 December 1977.

Just eleven months later, on 10 November 1998, President Clinton signed the International Bribery and Fair Competition Act 1998 into law.  The Act was flagged as the US response to the OECD Convention on Combating Bribery.

A statement issued on the day of the White House signing ceremony gives an insight into US thinking at the time. The statement references the OECD Convention and makes the point that bribery is inconsistent with democratic values.

The statement’s primary focus, however,  is on the disadvantages that US businesses had faced by being subject to the FCPA, while foreign competitors “did not have similar restrictions”.  The statement chastised US trading partners for condoning and even “subsidising” corrupt practices and complained that US businesses had to compete “on an uneven playing field” resulting in their losing “international contracts estimated at $30 billion per year.”

The amendments introduced in 1998 fundamentally altered the focus of the FCPA – it, in essence,  gave US agencies carte blanche to patrol the activities of non-US companies.

Under the guise of implementing the OECD Convention, the US assumed the right to bring foreign nationals and foreign businesses under the 1977 FCPA, creating a potent and, as demonstrated below, very profitable US economic weapon.

Following the 1998 changes the US Department of Justice [DOJ] and Securities and Exchange Commission [SEC], the primary FCPA prosecutorial authorities, dramatically increased the number of FCPA enforcement actions and rapidly increased the size of financial penalties imposed.

A particularly important turning point was reached in 2006 when against was taken against Statoil for bribing Iranian officials. While a Norwegian company and majority-owned by the Government of Norway, Statoil was deemed to be within the reach of FCPA because the company had a listing on the New York Stock Exchange.

Statoil accepted a three-year deferred prosecution agreement, a common feature of FCPA actions, and agreed to pay a DOJ fine of $10.5 million and, to make a further $10.5 million payment to the SEC under a “disgorgement” order.

US prosecutors said they will ask the Fifth Circuit to review whether they have jurisdiction to prosecute a Swiss asset manager accused of participating in a foreign bribery scheme. By @InesKagubare https://t.co/glae21t8rI

Between them, the eight  European companies were required to pay $ 2.36 billion in penalties. The two US companies on the list, Halliburton and Pride, were levied with penalties totalling $635 million.

NEW – Amb. Jeffrey: “It's going to be very hard to get countries to accept essentially extraterritorial American legal jurisdiction over their banks and over their import decisions simply to achieve a goal that Trump hasn't convinced others is necessary” https://t.co/AMZohKBcUK

Financial penalties are not the only aspect of the FCPA that gives cause for concern. US agencies have been particularly aggressive in their approach to non-US companies.

This point is powerfully and disturbingly demonstrated in the case of the French company, Alstom.

Alstom was accused of paying bribes in Indonesia, Saudi Arabia, Egypt, and the Bahamas. During the protracted US investigations, a number of Alstom employees were charged with violating the FCPA. One employee, Frédéric Pierucci a French citizen peripherally involved in Alstom’s shady dealings in Indonesia, was held in often brutal conditions in US prisons. Pierucci was effectively treated as an economic hostage for two years. He was used as a lever by the US prosecutors.

Alstom had to pay what was, at the time,  the biggest financial penalty ever imposed. The company also lost a key part of its business to its biggest US Competitor, General Electric. Pierucci in his book The American Trap suggests the FCPA action was an important element in forcing  Alstom to sell a key element of its energy business. The case he makes is persuasive.

The sale was more than just a blow to an important French business. It had strategic implications for France.  Alstom provided turbines for French nuclear power plants and for the French navy, including the turbines used in its nuclear submarines. It had strategic as well as economic importance.

The extent to which the US strong-arming of Alstom fed into the cancellation of the $90 billion Franco- Australian submarine contract and the Aukus affair makes an interesting topic for speculation.

The FCPA is not the only device that the US uses to flex its muscle in a way that impacts EU businesses. Unilateral extraterritorial sanctions, a popular weapon in Washington’s arsenal, provide another challenge.

In November 2020, a study on extraterritorial sanctions prepared for the EU Parliament’s INTA committee examined the impact of measures taken by the US to deter companies and citizens from doing business in Iran, Cuba, and Russia (like NorthStream 2).

The study concluded that the US actions in each case posed a critical challenge for the EU, detrimentally impacted EU business and individuals, and ultimately challenged the sovereignty of the European Union and its Member States.

The study noted that in the three cases examined, the EU “reacted quickly and adopted diverse measures including the activation of the EU’s “Blocking Statute” and the establishment of the European Instrument in Support of Trade Exchanges (INSTEX).  It made no claims as to success for the measures and wisely so.

A February 2019 study by the respected German think tank Stiftung Wissenschaft und Politik (SWP) does question the efficacy of the EU measures. It reaches the stark conclusion that faced with US legal overreach “European policy-makers — been exposed as more or less helpless”, stressing “Only Domestic Courts Could Effectively Curb the Enforcement of U.S. Law Abroad”.

The effectiveness of both the Blocking Statute and INSTEX has also been questioned by the International Bar Association (IBA).

The extent to which the US has assumed extraterritorial jurisdiction and its willingness to use that outreach as a political and economic lever is disturbing.

The twin assumptions that the US has the right to determine global standards and to force international partners ‘to toe the line’ have become embedded in the DOJ and the SEC and in Congress. These are unhealthy developments that need to be challenged. The harsh reality is that, to date, the EU has not found the means to mount an effective challenge.

It will be interesting in the coming months as the debate on the recently published Commission proposals for a Regulation on the protection of the Union and its Member States from economic coercion by third countries gets underway to see how much, if any, of the discussion focuses on the actions of the US.