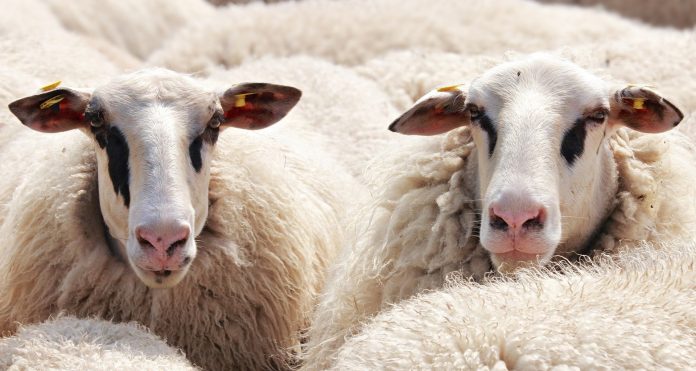 By Theo Francken, a Member of the Chamber of Representatives of Belgium. Between 2014 and 2018, he served as Secretary of State for Asylum, Migration and Administrative Simplification.

“I’m not afraid of an army of lions led by a sheep, I’m afraid of an army of sheep led by a lion”. With these words, 2300 years ago, Alexander the Great stressed the importance of strong leadership. The King of Macedonia managed to conquer the Persian Empire up to the Indus River, thereby creating one of the greatest empires of antiquity.

In my columns, I have regularly addressed the issue of weak leadership, not only in Belgium but also at the EU level. The Belgian seven-dwarf coalition government is led by a Prime Minister who has previously stated that he would never want to lead such an artificial construction because, as a member of the country’s seventh party, he would merely serve as a “rag”. Meanwhile, the European Union is in the hands of another liberal daddy’s boy, and a Christian Democratic daddy’s girl, who cannot stand each other and, in the absence of real political power, engage into kindergarten games of musical chairs with strongman Erdogan, as the world looks away in shame.

Due to the weak leadership of a declining West, 500 million Europeans are being messed around by a mad dictator of Belarus, a country with barely 9 million inhabitants. For months now, he has been flying in poor people from the Middle East on charter flights, to attack our European Eastern border. While the Poles are allowed to do the dirty work, the official position of the Belgian Government is that we should let them all in. As Belgian academic Marc Elchardus has commented: ‘Proponents of open borders are having their Neville Chamberlain moment, bowing and yielding to Aleksandr Lukashenko, as they once did to Adolf Hitler’.

The European Union offers the support of the EU border agency Frontex, but this offer is being increasingly rejected by the strong Member States on our external borders, such as Hungary, Spain and Poland. Illegal entry is an essential part of Frontex’s rules of engagement. A Spanish colonel put it aptly: “The last thing we want is to turn the Canary Islands into refugee camps”. Because of the continuing pressure from the European left, Frontex is in danger of turning even more into a glorified NGO in the future. The biggest hole in Europe’s defences really is our eternal division.

In our immediate geopolitical sphere of influence, tensions are rising. On 25 July, the last democratic hope in the Arab world came to a definitive end. Tunisia’s president, Kais Saied, elected by 73%, staged a constitutional coup d’état, closing the legislative chambers. He declared all members of parliament to be corrupt and incompetent and has since advocated a ‘radical democratism’. Away with the troublemakers of the controlling power. For them the pillory and the begging bowl, for him the empire.

On that 25th of July, congratulations were sent to Tunesia from accross the Arab world. First from Gulf States like Saudi Arabia and the United Arab Emirates, and later from Morocco, Egypt and Algeria. The odd man out, the fly in the ointment of the Arab world, Tunisia, had returned home, after 10 years of democratic experimentation, back to authoritarianism, away from the West. Pan-Arab nationalism and autocratic socialism are taking back control everywhere in North Africa and the Middle East. Every Western illusion about democracy and human rights has been shattered. The old brotherhood has been restored. The Arab Spring is nothing more than a distant nightmare.

Also here, democracy is under pressure. A non-insignificant part of public opinion would welcome a collective resignation of Members of Parliament, those “pocket-filling slackers”. I was told “are you travelling again?”, in response to my NATO parliamentary mission in Barcelona. This speaks volumes. Narrow-mindedness as a new virtue. However, it does not need to come to that. The hassle of democratic control seems to disappear spontaneously.  New legislation to deal with pandemics, which basically eliminates parliamentary control over possible Covid measures, smoothly sailed through Belgium’s Parliament, as the MPs supporting the government coalition majority voted for it.

As a result of the hopelessness of the pandemic, frustrations, resignation and anger are growing. A big demonstration in Brussels earlier this month in protest of Covid measures is evidence of that, even if Belgian leadership remains oblivious to this.

To borrow from Alexander the Great’s imagery: here, both the army and its leadership are composed of sheep. Not a lion in sight.