Home Eurozone Even moderate inflation can cause financial turmoil
Twitter 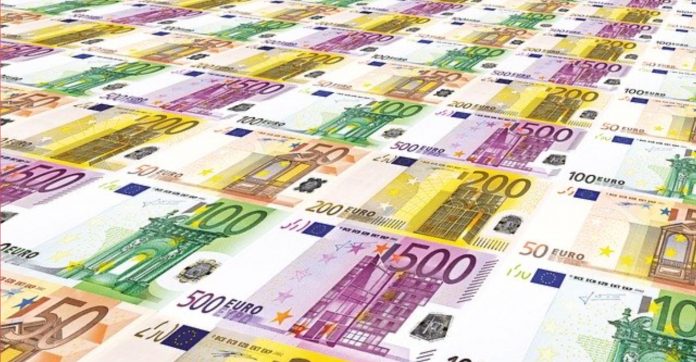 By Daniel Rodríguez Asensio, a Spanish economist and strategy consultant, who’s the founder and President of think tank Acción Liberal.

Inflation is in the news again. One could also call it the “tax the poor” or “the tax that does not need to be legislated”. It really is the rather silent elephant residing in our living rooms. The increase in inflation is now evident in pretty much the whole of the developed world: in the United States, the annual increase has been 4.2% and in the Eurozone, it stands at 1.7%.

When analyzing these statistics, a number of important elements must be taken into account:

The first is the role of the internationally recognized indicator to measure the evolution of prices: the “Consumer Price Index” (CPI).

Great inflation in fixed and investment assets, such as housing or financial assets, is not being reflected in this CPI. This is the result of financial repression – or interest rates being close to 0%. Meanwhile, everything related to mass consumption and/or technological evolution is being included in the basket of goods measured by the CPI and for this, there has been a notable reduction in prices.

The consequence of this is that a middle-class family has seen its purchasing power eroded by the increase in the price of basic necessities and/or goods that cannot be replicated on a large scale, while according to the official CPI statistics, prices would have remained stable, as we would have even been close to “deflation”. In sum: inflation has been a latent problem for decades.

The second element we must not forget is that structural inflation always is a monetary phenomenon. An inflationary evolution is caused by a mismatch between the money supply and the demand for goods and services in the real economy, which leads to an artificial increase in the price of these goods, for no fundamental reason.

Robert E. Lucas Jr., who won the 1995 Nobel prize in economics, explains perfectly in his article “Nobel Lecture: Monetary Neutrality” how there is a very weak effect of uncontrolled money printing on growth, but a very clear positive correlation with inflation.

One only needs to look at the countries with the highest inflation rate in the world today – Venezuela, Argentina, etc. They have many things in common and none of it is good. To print currency far in excess of real demand is among those things.

The third element to take into account when analyzing today’s inflation is that we are witnessing a scenario of increased inflation, which is nevertheless still moderate. Of course, it has harmful effects on financial markets and it slows already weak economic growth – especially in the Eurozone – but unless the ECB and the Fed lose their heads and decide to transfer printed money directly onto people’s bank accounts – a policy known as “helicopter money” – we are still far away from hyperinflation.

Will we see more inflation?

On this basis, the key question is: Will the current levels of inflation persist? Will inflation increase? Or will it abate and will we return to a situation similar to the one in 2020?

In my view, there is still room for an increase in inflation, which would be enough to cause noticeable dislocations in financial markets and fuel the banking crisis. However, I do not think this would be enough for things to really spiral out of control. Let me explain:

Since the beginning of the Covid crisis, there have been a number of factors of a cyclical nature that made this price spike perfectly predictable. Here, I am referring to the breakdown of supply chains, due to labor and mobility restrictions, the increase in the cost of international transport, the difficulty to cross borders, and the increase in the price of raw materials, among others. 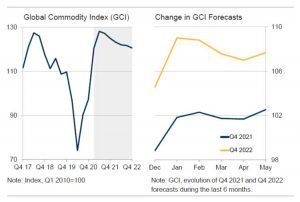 All of these factors, or at least most, should abate as vaccination administration goes forward in 2021 and as international trade is reactivated. At the moment, the main unknown is the global shortage in semiconductors. When it is resolved, we will see its actual effect. In any case, what seems clear is that the price of raw materials will stabilize, not fall, in the coming months. That is the consensus among analysts.

Furthermore, there are clear deflationary forces at play over the medium to long-term. Here, I am referring to decreasing international competitiveness, the aging of the population in advanced economies and technological progress. These are still around and they will continue to put downward pressure on prices.

Therefore, the most likely scenario in the medium term – at least until 2022 – is that there will be moderate inflation. The main danger of this is erosion of purchasing power in an environment where unemployment does not decrease as rapidly as public officials hope for. Another risk here is that it may threaten international financial stability.

This month, both Larry Summers, the former Director of the U.S. National Economic Council, and the ECB itself have warned that the risks of stock market overheating, asset price inflation and the resulting excess leverage may cause greater financial instability that may be hard to manage. At the moment, the interest rates of national government bonds are on the increase, making it more expensive for governments to finance themselves, right at a time of considerable liquidity needs.

“There is, however, a reality that the pandemic will leave a legacy of higher debt and weaker balance sheets, which — if unaddressed — could prompt sharp market corrections and financial stress or lead to a prolonged period of weak economic recovery.” https://t.co/ApT6rB4wA7

Under the current conditions, I do not believe that there will be a scenario of “hyperinflation”, or anything similar, but I am very concerned about the collateral effects of a “stagflation” scenario, which combines economic stagnation with inflation, particularly on the imbalances that we have been accumulating over the last few decades.

Whoever carries out necessary structural economic reform will suffer the least from this. My own country, Spain, does not seem to be intending to implement such reforms, unfortunately.

The longer the Eurozone avoids budgetary discipline, the more painful the awakening

Another Eurozone sovereign debt crisis is still a long way off