Home European Union Jens-Peter Bonde, the Eurosceptic who helped to change the EU for the...
Twitter 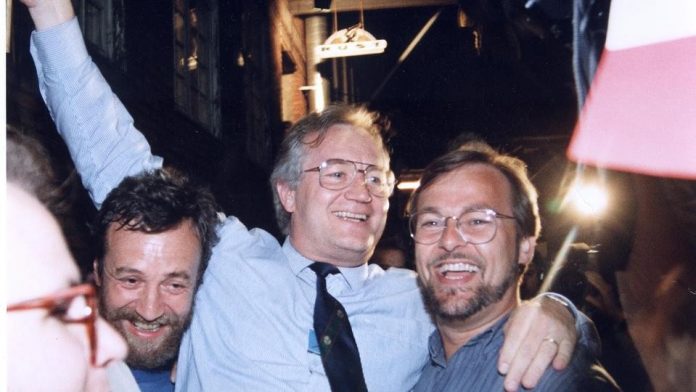 On Easter Sunday, former Danish MEP Jens-Peter Bonde, also known as “Mr. Transparency”, passed away, shortly after turning 73. Hereunder, Andreas Marckmann Andreassen and Pelle Christy Geertsen, two Danish “Brussels insiders”, who both worked with Bonde during his time as an MEP, discuss his legacy for the cause of reform of the European Union.

Born in the Danish-German borderlands, Jens-Peter Bonde was one of the great shapers of EU politics, both in his native Danmark and in Brussels. He was elected as an MEP during the first direct elections to the European Parliament, in 1979, before many of us working with the EU today were even born. He has been one of the longest serving MEPs, as he only retired in 2008.

During his career, he has helped to stimulate critical debate about what later turned into the European Union, while fighting for transparency at the EU level in particular, and combining this with encouraging knowledge about the EU, for example through his website EUABC.com or his publication of a consolidated and “readable” version of the Lisbon Treaty, which can be found here. It contains a useful summary of every EU Treaty article, even if a change of the EU Treaty, to article 136, took place since then.

Over the years, Jens-Peter Bonde authored a myriad of books about the workings of the EU and about his experiences with the system, once stating that “70% of all laws are passed by junior civil servants in working groups” and that “democracy was born in Europe and buried in the Council and the Commission”.

His comments on the EU Treaties and how they compare with preceding ones are still without parallel. For many, they remain the definitive go-to text in order to understand the changes brought by the latest Treaty.

Bonde was sceptical of many elements of the European Union, but even if he originally opposed EU membership, for the last three decades of his life, he fought for reform of the EU, in order to keep Denmark as a member state. As part of this struggle, he fought hard for increased transparency in the EU institutions, and for more democracy and representation in the European Parliament. He often fought against the odds, as he would receive criticism from both bureaucrats and politicians, but we owe several democratic reforms in the EU to his persistent efforts to open up the EU institutions.

Many of his victories caused things that we take for granted today. For example, he campaigned to make the list of European Commission working groups public, something which had been shrouded in secrecy for years. Now, this is available to the public. He even fought for openness about the Commission’s telephone book, a struggle he won as well.

The fact that we have access to information on who’s receiving EU agricultural subsidies and how much they are receiving is also something for which we owe Jens-Peter Bonde. Victory has many fathers, and Bonde is not the only father of this success, but without him, it would probably not have happened. To obtain transparency about the receivers of EU agricultural subsidies, he submitted 60 amendments over more than 20 years. That’s what we call persistence, and it worked.

Another thing that many in the “Brussels bubble” and within EU media might take for granted today are the records of how Members of European Parliament have been voting. For many years, Bonde’s calls to make this public, through a so-called “roll-call vote”, was a controversial matter. Today, it is possible to find lists of how MEPs voted on every issue.

As he explains himself, on EUABC:

“You should be able to see how your MEP is voting on amendments and proposals for new laws. In the European Parliament, this used to be only possible when a political group called for so-called a roll-call vote.

Today you can consult a register on how individual MEPs have voted.”

Again, this is not down to Bonde’s efforts alone. On the contrary, he was very much aware that on his own, he would have no influence. Bonde really had allies in all political groups, while maintaining long personal friendships with top EU politicians across the political spectrum. Even though he would disagree with them on certain things, Jens-Peter Bonde was good at finding common ground, in order to push through reform.

“We were shouting, we were fighting, but it didn’t take away the friendship I had for him,” Jean-Claude Juncker said of former Danish MEP Jens-Peter Bonde, who passed away this month. https://t.co/LulIHz9sYv

His principles came before personal gain. Countless times, he pushed for him and his colleagues in the European Parliament to receive less money from the system. For example, he never understood why MEPs would get a flat-rate reimbursement for travel, instead of being reimbursed for what they actually spent.

On EUABC.com, Bonde recalls an issue that until today, hasn’t been addressed:

“MEPs receive €4,299 per month in a general expenses allowance. MEPs do not need to deliver any proof as to how their money has been spent.”

Bonde was more than just about the EU

Even if Bonde is mostly remembered by many for his efforts to reform the EU, he was so much more. As an MEP, he used his influence in many ways outside of the chamber to fight for the rights of those he believed had been forgotten.

He would repeatedly call representatives of the dictatorship in Chile to ask for specific prisoners by name, to ensure the regime could not let them disappear.

He helped to secure EU funding for victims of torture. And over the years, he fought vigorously for the rights of the Thule Workers, which were workers in Greenland that suffered from health problems after being involved with the clean-up following a nuclear incident.

Bonde was also very invested in environmental issues and in green policies, and this would help shape his view of the EU. He would often state that the environment was an area where cooperation across borders was necessary, and where the EU should do more together, not less.

Perhaps the most fitting words to describe Jens-Peter Bonde came from the German playwright Bertolt Brecht, who said:

“Those who are weak don’t fight.

Those who are stronger might fight for an hour.

Those who are stronger still might fight for many years.

The strongest fight their whole life.

They are the indispensable ones.”

Jens-Peter Bonde never stopped fighting for what he believed in. He dared to change and learn, but he never gave up. He was a great European and a democrat, and he helped to change the EU for the better.