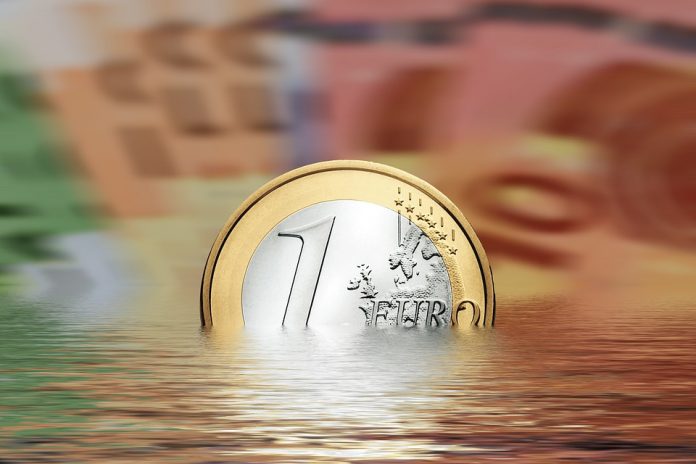 While the invasion of Ukraine is causing death and destruction, it may seem ridiculous to talk about rising prices. However, the inflation that this conflict will inevitably accelerate will have economic consequences that will hit millions of Europeans hard.

During the current French election campaign, it should be a priority to discuss how to reduce the burden of the bill, which is inevitable.

It may be surprising for some to discover that the Russian economy, often presented as weak and underperforming, actually has enormous importance when it comes to key economic sectors, like food, energy and industrial raw materials. This is something people will realise soon enough.

Russia has become one of the world’s leading wheat producers and accounts for almost 20% of global wheat exports; while Ukraine is a major supplier of maize. As the specialised website Terre-net notes, Russia’s attack on Ukraine is causing a historic explosion in wheat and maize prices:

“Paralysed by the Russian attack, Ukraine has (…) been forced to stop its port activities, due to Russia blocking all commercial traffic in the Sea of Azov, which is yet more evidence of the risk of logistical disruptions in the region.”

The conflict has indeed seriously disrupted agricultural markets, which had already been suffering from high volatility and were becoming extremely nervous. On 24 February, the first day of hostilities, the price of a tonne of soft wheat reached an unprecedented peak of 344 euros. In the wake of this, maize jumped to 304 euros per tonne from 280 at the opening.

We can therefore expect a sharp acceleration in the cost of food in Europe, particularly in Italy, which imports 64% of its wheat (for the production of bread and biscuits) and 53% of its maize (for livestock). Moreover, if Russia manages to control Ukraine (which accounts for 12% of world wheat exports), it will occupy a dominant position on the agricultural raw materials market and will therefore be able to structurally influence prices, which can then only increase in the long term, further reducing consumers’ purchasing power.

A lot of attention on oil and gas, but agricultural markets are even more concerning due to the Russian invasion of Ukraine. Wheat and corn fast climbing, and so are all kinds of vegetable oils. The European benchmark for milling wheat has set a fresh all-time high this morning

The other, even more powerful, transmission mechanism of inflation is energy. Russia is the world’s third largest producer of oil and the largest producer of gas. The conflict already pushed the price of a barrel of Brent crude oil well above $100. According to experts, it could quickly reach $125. This sharp rise is the catalyst for a basic upward trend due to chronic underinvestment in the exploitation of an energy source that is considered dirty and is indeed dirty, but for which there are as yet few effective substitutes. Consumers should therefore expect the price of a litre of petrol to reach unprecedented levels in the near future, something that will severely penalise their standard of living and their mobility.

As for gas, the Ukrainian stress comes at a time when the fundamentals were already more than strained. The quadrupling of prices since the summer of 2021 is testimony to that, and the current conflict is likely to amplify this development considerably for many months to come.

Russia provides 40% of the EU’s gas supplies via pipelines. The pipeline through Ukraine could be cut off as a result of the hostilities, further driving up prices.

In the longer term, Germany’s dependence is of particular concern. Nord Stream 1, which runs under the Baltic Sea, has been transporting 55 billion cubic metres per year since 2011. Nord Stream 2, which follows the same route, was meant to double this capacity. It has been completed but is not yet in service, with its construction cost amounting 10 billion euro, partly financed by Engie (formerly Gaz de France).

This pipeline, which may never become operational, is particularly important for Germany, which, by abandoning nuclear power in 2012 without any alternative plan, has increased its dependence on Russian gas. Finding substitutes such as American or Qatari LNG will inevitably increase the production costs of Germany’s industrial companies.

France is less dependent, as it has not given up its nuclear power plants and due to the fact that Norway is France’s main supplier. France is nevertheless dependent on Russia for 17% of its consumption. Moreover, stocks are at their lowest at the end of winter and are likely in need of replenishment, which would come at a high cost, given the need to resort to other, more expensive sources. Added to this is the fact that whatever the price, there is not enough Norwegian, Algerian or LNG gas to cope without Russian gas in the coming years.

In the medium term, any drop in Russian gas flows therefore would cause the rise in prices to accelerate even more strongly, as the increase could even become stratospheric.

% who support/oppose sanctions on Russia if it means…

A significant increase in energy prices:

"2- Germany’s craving for Russian gas is closely interlinked with its failed climate policies. Renewable energy technologies, like solar & wind power generation, are deeply unreliable. As Germany shuts down both nuclear power & coal plants, there is only gas left to save the day"

Everything is converging now, to cause an even greater increase in energy costs, something which will in turn increase the production costs within industry and agriculture.

Gas is in fact an essential element in the production of ammonia, without which nitrogenous fertilisers cannot be manufactured. As the head of French agricultural lobby FNSEA has reminded: “Vladimir Putin has his hand on the gas tap and to make fertiliser, one needs gas”.

Due to the irresistible increase in its price in recent months, several fertiliser producers, like Yara and Eurochem, have already had to shut down factories. This scarcity of supply can only maintain the vicious circle of rising prices.

The situation is all the more worrying because of the fact that Russia is also a major producer of potash – minerals and chemicals that are basic nutrient for plants and an important ingredient in fertilizer. Russia also supplies a quarter of its nitrogen fertiliser imports directly to the EU as finished products. What France produces on its soil, now only covers a third of its needs, due to pollution.

In addition to these inflationary factors, there is the issue of metals, which have become essential for the energy transition. Siberia has huge reserves of copper. Indispensable to the new green economy, the price of this “metal of the future” is already at its highest and is expected to continue to rise. For a rare metal like palladium, Russia covers one third of the needs on the international market. One can imagine the impact on prices of an interruption in trade.

From this, we can conclude that the current conflict should have a strong impact on production costs and therefore on the prices of all the goods that are essential to the decarbonisation of our economy.

Many analysts have denied the possibility of a return of inflation, attributing the price increases to a ‘temporary’ disruption of global supply chains. However, the temporary disruption has now become permanent, especially since the invasion of Ukraine has added freight costs and insurance rates to the rise in commodity prices. Delivery times will therefore become even longer and contracts more expensive.

In addition to this increase in inflationary pressures, the outlook for business investment is bleak. Investment is likely to freeze as a result of the fear and uncertainty generated by the conflict. This can only have a negative impact on employment, household purchasing power and aggregate demand.

As the experts at asset managed company Amundi have put it:

“Inflationary pressures will mechanically intensify with rising commodity prices, increasing the risk of stagflation and challenging the ECB’s measures.”

Stagflation combines two phenomena that have long been thought to be contradictory: rising prices and an economic recession.

The uptick in inflation, which has evident for many months, is now likely to accelerate under the impetus of the new elements introduced by the conflict.

This should force the ECB to come out of the woodwork by ending the ultra-accommodating monetary policy it has been conducting for years. The resulting rise in interest rates will however make borrowing more expensive.

Combined with rising production costs, the increased cost of borrowing will also put greater constraints on supply and push European economies towards stagnation.

Everything is therefore in place for the scenario of stagflation, something which developed economies have already experienced in the past, to be repeated in the near future, whatever the outcome of the conflict, whose main effect on is to accelerate an inevitable development whose seeds have been methodically sown in recent years.

According to German Finance Minister Christian Lindner, the European Union is able to protect its economy from a further increase in inflation. The question, however, is how. At least French Economy and Finance Minister Bruno Le Maire does not seem to worry about that, as he stated that the French economy would only be a “little exposed” to Russia, as it is “a secondary economic partner”. From that, he concluded that “French households have nothing to worry about” in the face of rising energy prices.

This is a denial of reality. On the contrary, it is urgent to be concerned about it and to make it a central theme of the French presidential campaign. All the candidates should take up the issue and the answer should not be a new bureaucratic gas plant issuing cheques financed by debt, nor an illusory price freeze, nor a pitiful remedy like “taking from the rich to give to the poor”.

In any case, it is more urgent to think about how to deal with this than to light up the Eiffel Tower in the colours of Ukraine.

Originally published in French, by Contrepoints