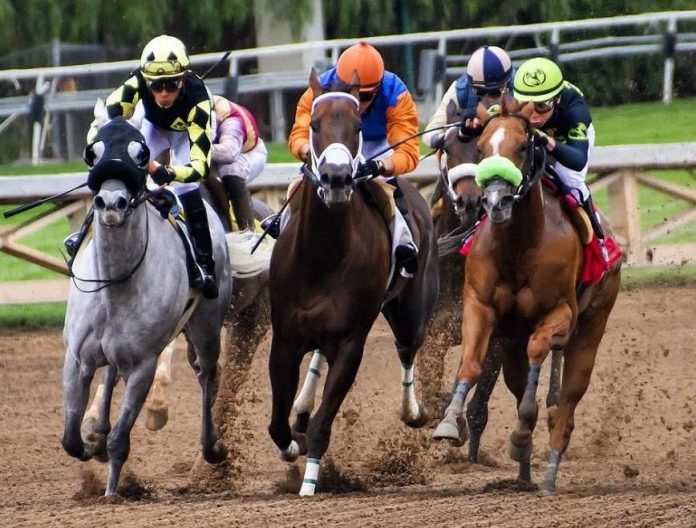 Two weeks after the G7 declaration, the governments of 130 out of 139 countries organised in the OECD’s tax reform group once again stated the formal ambition to “ensure that multinational enterprises pay a fair share of tax wherever they operate.” However, they also stated that the new rules would not apply for international mining businesses, banks and other “regulated financial services” companies. It was also agreed that certain companies could be explicitly excluded from the application of a global minimum tax, while all others would be allowed to benefit from “formulaic substance carve-outs” and “de minimis exclusions.”

Both the G7 and the OECD propositions received vast media attention, following bombshell “reports” earlier this year that suggested that the richest families of our time would not pay their fair tax share.

However, are taxes on corporate income actually able to contribute to fairer tax systems globally?

And how likely is it that governments across the globe will finally commit and adhere to binding rules for minimum effective corporate taxation, something which would undermine business and investment activity in their countries?

Whatever is ultimately decided, most governments will continue to compete for investments and business activity by offering businesses subsidies and preferential tax treatment. Ultimately, traditional corporate income taxes will gradually disappear and will be replaced by destination-based sales taxes and VAT respectively.

First of all, a tax on corporate income is “most harmful” to commercial activity and economic growth. This is not only the conclusion of a famous OECD study from 2010, which seems to be either forgotten or suppressed by the G7 and the OECD tax secretariat. Governments are also well aware of the adverse effects of corporate income taxes, especially those of small and open economies. Over the past 40 years, most governments lowered their countries’ statutory and effective corporate tax rates to stimulate private sector investment, business activity and employment in their economies. During this period, international tax competition caused effective tax rates to decline across the OECD, while at the same time, both the total tax revenue as well as the specific corporate tax revenue increased significantly.

Most governments are unlikely to give up on corporate tax competition, given that higher taxes on corporate income are known to impede economic development and structural economic renewal. As a result, it is in the interest of market economies to reconsider the concept and application of corporate income taxes.

Smaller and more open economies would be hit disproportionally

Second, assuming international tax competition would come to a halt, a global minimum corporate tax would have severe negative effects for small and open economies in particular – irrespective of their level of economic development. In absence of tax rate differentials, large countries would become more attractive to investors than small countries due to market size effects.

Estimates show that inward FDI in today’s low-tax, small and open economies would decrease while outward FDI would increase. Overall, the elimination of tax rate differentials would undermine small countries’ attractiveness to international businesses and induce domestic businesses to relocate to larger countries with the gravity of larger markets. As a result, it is particularly important for governments of rather small countries to reject minimum corporate taxes.

Third, tax competition is of critical importance for government accountability. Research shows that a global minimum corporate tax would transfer financial funds away from governments that embrace free international trade and investment to many of the world’s governments that are performing worst when it comes to economic openness, acceptance of the rule of law, corruption, state interventionism, and the recognition of basic human rights (e.g. Argentina, Brazil, China, India, Indonesia and Russia).

Conversely, a global minimum corporate tax would punish the world’s best performing economies with regard to economic freedoms, trade and investment openness and the rule of law (e.g. Estonia, the Czech Republic, Ireland, the Netherlands, Slovakia, Slovenia, Switzerland, including small city and island states, such as Hong Kong, Luxembourg and Singapore). This makes clear that it is in the interest of all those who embrace accountable governments, the rule of law and human rights to reject minimum rates for corporate taxes.

Fourth, international competition for low effective corporate tax rates will do anything but end. A minimum corporate tax rate would result in much more complex corporate tax laws globally, severely undermining transparency and government accountability. It would become close to impossible for outsiders, including government officials and elected politicians, to objectively assess fiscal flows and tax justice in and beyond the corporate world.

The long debate about corporate tax avoidance and purported “base erosion” is a case in point. While many politicians and tax activists still claim that large multinationals pay too little in tax, there is actually very little consensus among (academic) researchers on the extent of profit shifting and how the use of legal (i.e. lawful) tax exemptions impacts on tax revenues. The plain truth is that due to myriads of lawful exemptions globally, corporate taxation has gotten out of control long ago.

France and China are formidable examples of the hypocrisy in the current debate about corporate tax avoidance. The French government is pushing for a global minimum corporate tax, but at the same time, it has a fiscal arrangement in place that provides for a 10% maximum tax on (patent box) income from intellectual property rights. With this exemption, the French government explicitly aims to encourage technical innovation by supporting the technological development and R&D activities in France. Such patent box regimes are widespread in Europe. Most have been implemented within the last two decades – and more are may come.

Likewise, the Chinese government recently extended its super tax deduction regime for domestic manufactures, aiming to further support growth and technological innovation within Chinese borders. This all suggests that corporate tax competition will only stop when taxes on corporate income are completely abolished.

Corporate income taxation is already among the least transparent kinds of taxation, making it unfit to contribute to fairness in taxation

Fifth, taxes on corporate income cannot contribute to achieving fairness in taxation. Of course, perceptions of fairness certainly vary between individuals, but that is not the point. Corporate taxes constitute an extremely opaque layer of tax law, at least compared to much more transparent forms of taxation, such as taxes on individual labour income, capital income and consumption. With taxes on corporate income in place, it is simply impossible to identify the overall annual tax burden borne by individuals in their capacity as workers, consumers, investors or company owners (shareholders).

Policymakers and officials in the tax departments of the European Commission, the OECD, UNCTAD and the IMF cheekily ignore the incidence of taxes on corporate income – i.e. the extent to which the burden of corporate income taxation is shifted to workers.

As outlined by a seminal study, most people believe that rich people (capital owners) bear the burden of corporate taxation, but a large and unique set of data for Germany vividly demonstrates that workers bear about half of the total burden from corporate income taxes, whereby low-skilled, young and female employees bear a larger share of the tax burden. The authors of this study stress that taxes on corporate income reduce the progressivity of the overall tax system. That’s precisely why old-fashioned tax justice activists are wrong when calling higher corporate tax rates.

Taxes on corporate income taxes account for less than 10% of OECD’ countries’ total annual tax revenues. Sales taxes and taxes on labour and capital income are already much more important sources of government revenue. Combined with the opaqueness of the 200 different national corporate tax laws and tax base definitions globally (with even more carve-outs to come as a result of OECD endeavours), it is high time for policymakers to reconsider whether taxes on corporate income make sense and to which extent corporate taxation contradicts social and economic policy objectives.

Given governments’ sustained appetite for linking corporate tax payments to market jurisdictions, a regime change towards greater use of destination-based sales taxes is unavoidable in the near- to medium-term. Replacing tax systems that include taxes on corporate income by systems that rely exclusively on direct taxes on individual labour income, capital income and consumption (VAT/sales taxes) would tremendously increase transparency and clarity about the distributional effects of taxes. It would also improve the ability of governments to respond to citizens’ preferences regarding fair taxation.

A regime change towards greater use of destination-based sales taxes would also have a positive impact on global capital allocation. Governments around the world would have greater incentives to embrace economic openness, materialising in lower barriers to trade and investment, accelerated economic development and economic modernisation. Ring-fencing certain sectors of the economy, carve-outs for certain sectors and other discriminatory tax practices could become relics of the past, with positive impacts on economic diplomacy and international economic relations.