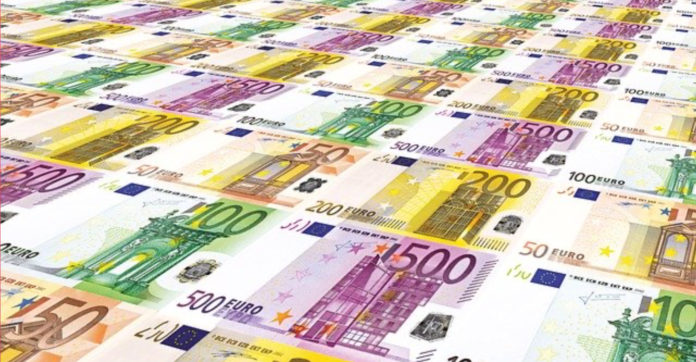 Last month, an illegal cigarette factory was discovered in Brussels. Not less than 170,760 cigarettes and 11.5 tonnes of fine-cut tobacco were seized by the authorities, representing 2.2 million euro in excise duties and Value Added Tax. It’s already the third time a similar discovery was made this year in Belgium. The operation resulted from cooperation with Polish customs, highlighting the trans-border nature of these kind of ventures.

For organized crime, this is a lucrative business. High taxes on tobacco make it easy for illegal products to outcompete legal alternatives, but the new Belgian government does not seem to be bothered by this. It plans to increase tobacco taxes further and hopes to raise an extra 200 million euro with this, ignoring an experience in 2017 whereby such a tax hike actually resulted in less government income. This is the so-called “Laffer effect”, after economist Arthur Laffer, an advisor to U.S. President Ronald Reagan, who demonstrated that tax cuts could boost economic growth and tax revenue. For politicians, it’s counter-intuitive that higher taxes result in lower income.

The Belgian government is not alone. Also the Russian government is considering to increase excise taxes on cigarettes with 20% next year, hoping to raise an annual 340 billion roubles, in a bid to tackle the budget deficit, resulting from low oil prices and policies like the support for the incumbent government in Belarus, which included a $1.5 billion loan to Lukashenko.

Also in Russia, the Laffer effect is visible. The share of illegal products in the Russian tobacco market was estimated at 15.6 percent, according to the latest data for 2019, which is up quite dramatically, from around 1% before 2015 and is running in parallel with increased tobacco taxes. Revenue lost to illicit trade went from only half a billion rubles in 2012 to around 50 billion rubles in 2018, which is a 100-times increase. This year, the Russian government is projected to miss out on 100 billion rubles in lost tax revenues as a result. Increasing cigarettes taxes even more is bound to continue the dynamic of an ever bigger illicit market, with ever more lost tax revenue and consumers witnessing ever higher prices.

However, it’s not just in the tobacco markets of either Western or Eastern Europe that we can witness the Laffer effect.

If you thought taxes were high in Sweden, you should visit Norway. The Covid crisis has revealed that Norway’s government is losing out on a whopping 350 million euro per year due to its high consumption taxes. Those drive people to go shop in Sweden, which was suddenly no longer possible, due to Covid travel restrictions. The estimate was made by consultancy firm Menon Economics, who think that Norwegian retailers would enjoy extra sales of 1.1bn euro and that 8,200 jobs would be create in the absence of the punitively high consumption taxes. The question is whether the Norwegian Treasury will bear this in mind.

At least, Sweden did learn this lesson from yet another experience, when a left-leaning Swedish government decided to abolish both inheritance and gift taxation, a decision taken unanimously by the Swedish Parliament, back in 2004.

This was a smart move, as it helped to attract entrepreneurs and investment capital back to the country, generating higher economic growth and therefore higher tax revenues.

What followed was a pretty spectacular example of the “Laffer effect”. A study for the Confederation of Swedish Enterprise notesthat as a result, Sweden’s tax ratio declined from 51 percent of GDP in 2000 to 44 percent in 2014, while the government’s tax income increased by SEK 260 billion. It must be noted that abolishing the “death tax” was only part of an overall policy shift, which also included scrapping wealth taxation.

Another example of governments wrongly assuming the tax base to be of a fixed nature could be witnessed in the Netherlands in 2014, when the government imposed a new tax on “classic cars”. One thing it had not foreseen was that owners of classic cars would decide to export or no longer register their car. As a result, the government did not even raise one third of the money it had hoped for: 35 instead of 120 million euro. Classic cars entrepreneur Eric Breed tells a Dutch newspaper that the government “has more destroyed than it has gained”, as “people have ended up on the unemployment payroll”, pointing at a number of businesses that failed as a result of the measure.

Even France, notorious for its leftwing economic policy consensus, has learned about the Laffer effect. In 1989, it re-imposed a solidarity tax on wealth, the “impôt de solidarité sur la fortune” or “ISF”, which had originally been the idea of French President François Mitterrand, when he was elected in 1981 on a hard-left programme. Even if reality forced him to moderate, this particular tax survived, before it was abolished in 1986 by Prime Minister Jacques Chirac, and again re-established in 1988, following Mitterrand’s re-election. In a 2008 report for the French Senate, French Senator Philippe Marini estimated that hundreds of wealthy French had left the country every year as a result of the tax, depriving France of considerable tax revenue, taking up 2.8 billion euro with them in a given year. He commented: “We need people here to invest, create jobs, wealth and ultimately also pay taxes”. It all led to current French President Emmanuel Macron abolishing the tax in 2018. With Covid, many governments across the world are struggling with budget deficits. If even French politicians can come to the conclusion that excessive taxation ultimately hurts the public purse, surely everyone can.