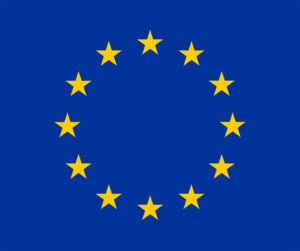 The World Health Organisation (WHO), which is the public health agency of the United Nations, is in urgent need of more scrutiny. It’s one thing for European countries and Bill Gates, whose foundation is the second biggest funder of the WHO, to oppose Donald Trump’s decision to halt funding for the WHO. It’s yet another to look the other way when the case for fundamentally rethinking the WHO is made. Dislike of President Trump or other WHO critics should not blind us to the truth. Here are five facts about the WHO, highlighting how deep the problem runs.

Despite being warned in late December that a new disease had appeared in the Chinese city of Wuhan, the World Health Organisation continued to repeat China’s assurances that there was nothing much to worry about. On the 3 January, China’s National Health Commission ordered institutions not to publish any information related to the unknown disease, while also telling labs to transfer any samples they had to designated testing institutions, or to destroy them. As Doctors who tried to warn the public had been punished, the Chinese authorities only announced the novel coronavirus outbreak on the 9 January.

Chen Chien-jen, Taiwan’s vice-president, has complained that “none of the information shared by our country’s [Centers for Disease Control] is being put up” on the website of the International Health Regulations (IHR), a WHO framework for exchange of epidemic prevention and response data. Le Monde has reported that China and its allies successfully lobbied the WHO to refrain from declaring a Covid-19 global emergency at its meeting of  22 and 23 January.

It very much looks like that in its Covid-19 response, the WHO did not put public health first, but instead Chinese political sensitivities over Taiwan, which is excluded from the WHO because of China, even if China only contributes to 0.21% of the WHO’s funding.

To ignore Taiwan’s warnings and also its successful approach to the epidemic had severe consequences for how European countries tackled the challenge. This month, Herman Goossens, a Belgian microbiologist and coordinator of the EU’s Platform for European Preparedness Against emerging Epidemics, expressed regret about the approach to follow the WHO’s recommendations, stating, “we should have looked at other countries. At Taiwan or South Korea. Countries that have kept the virus under control … Already at the beginning of January, Taiwan has put infected persons in quarantine. But it isn’t a member of the WHO and was not on our radar. In a few months, we’ll be complaining that we could have avoided this lockdown”.

In other words: WHO mismanagement did not only put lives at risk, it also caused severe economic harm.

During the 2013-2016 Ebola outbreak in West Africa, the WHO failed to sound the alarm until months into the outbreak. This was labelled an “egregious failure” which added to the enormous suffering and death toll by Ashish K. Jha, the Director of Harvard University’s Global Health Institute. He explained that “people at WHO were aware that there was an Ebola outbreak that was getting out of control by spring, and yet it took until August to declare a public health emergency.”

Another example of WHO mismanagement is the 2009 H1N1 swine flu pandemic, where the WHO was accused of declaring a “false pandemic” to sell vaccines, which German medical doctor Wolfgang Wodarg, then the chair of the health committee at the Council of Europe, called “one of the greatest medicine scandals of the century”. According to him, “normal” reported influenza cases were declared to be the beginning of a threatening new pandemic, despite little scientific evidence. He also accused WHO of having deliberately lowered the requirements needed to declare a pandemic “in cooperation with some big pharmaceutical companies and their scientists”.

At the time, it emerged that key scientists advising the WHO on planning for an influenza pandemic had done paid work for pharmaceutical firms that stood to gain from the guidance they were preparing. These conflicts of interest had not been publicly disclosed by the WHO, which dismissed inquiries as “conspiracy theories”.

In response, some countries – for example Poland – declined to join the panic buying of vaccines and antivirals which were triggered when the WHO declared it to be a pandemic, but the UK and France did stockpile drugs and vaccines, before they were forced to unpick vaccine contracts, and sell unused vaccines to other countries, while remaining stuck with huge piles of unused medication.

In its report, the Council of Europe heavily criticised the WHO –  as well as  national governments and EU agencies – for their handling of the swine flu pandemic, stating they were guilty of a “waste of large sums of public money, and unjustified scares and fears about the health risks faced by the European public.

3 The WHO’s Director, “Dr. Tedros”, has a rather shady track record

The Director of the WHO is the Ethiopian politician, Tedros Adhanom Ghebreyesus. Having emerged from the Tigray People’s Liberation Front (TPLF), which was listed as a terrorist organisation by the US government in the 1990s, he served as Ethiopian Minister of Health from 2002 to 2012. During this time, the Ethiopian regime reportedly covered up a cholera outbreak in 2007, with the Ethiopian government simply renaming it as “Acute Watery Diarrhoea (AWD)”, while pressuring local health workers not to call it “cholera”. Not reporting the outbreak of the disease is a violation of WHO rules and prevents international help, so one may wonder why this character secured the top job.

“Dr. Tedros”, a prominent member of the Ethiopian regime, has also been associated with its human rights violations. In 2017, he was very much “China’s man” in the process to appoint a new WHO Director. That’s no coincidence. Ethiopia, which became increasingly dependent on Chinese investment is considered as China’s bridgehead in Africa.

In turn, Tedros is now praising China’s “transparency” in handling Covid-19. One of his first acts as WHO Director was to nominate the murderous dictator of Zimbabwe, Robert Mugabe, as “goodwill ambassador” to the WHO, a plan that was thankfully aborted, following an outcry. According to Sunday Times columnist Rebecca Myers, the offer to Mugabe was a “political payoff to China, a long-time ally of Mugabe”. At the occasion, Tedros praised Zimbabwe as “a country that places universal health coverage and health promotion at the centre of its policies to provide health care to all”, even if Mugabe himself then travelled abroad for medical care, given the disastrous state of Zimbabwe’s health care system.

In 2017, The Associated Press obtained internal documents proving that the WHO spends about $200 million a year on travel expenses, which is more than what it spends to fight AIDS, tuberculosis and malaria combined. To spend $1 billion over five years only for travel hasn’t of course prevented the body continuously pleading for more resources. In comparison, “Doctors Without Borders”, which has five times as much staff, spends only about $43 million on travel a year. That’s one fifth of what the WHO spends, meaning the WHO spends about 25 times as much on travel as “Doctors Without Borders”.

It was also revealed that internal rules to curb business class airplane tickets or stays in five-star hotels were simply violated, as the compliance rate for booking travel in advance was only between 28 and 59 percent, with only two of seven departments at the WHO’s headquarters in Geneva meeting their budget targets.

Stories about WHO mismanagement are not new. In 1997, a book written by French economics professor Bertrand Lemennicier and journalist Bertrand Deveaud, based on extensive research, dubbed the WHO “the drunken sailor of public health”. In 2003, The Lancet wrote that “the credibility of WHO’s advocacy of the right to health for all has been eroded in recent years”.

Have things changed with “Dr. Tedros”? Not exactly. This year, Australia’s ABC News revealed that in the WHO, “there has been a surge in internal corruption allegations across the whole of the organisation, with the detection of multiple schemes aimed at defrauding large sums of money from the international body.” Worryingly, an external committee has warned the WHO it is facing “decreasing internal control compliance”. Fake invoices and an officer submitting falsified documents to claim more than $97,000 are only one of the revelations. It looks like the WHO swamp is in very urgent need of some draining.

Last year, for the first time, the World Health Organisation decided to recognize traditional medicine in its influential global medical compendium as actual medicine, as a result of Chinese pressure. This despite the fact that many scientists consider traditional medicine a belief system, while there is evidence it sometimes does harm. China’s drug regulator gets more than 230,000 reports of adverse effects from so-called “Traditional Chinese Medicine” or “TCM” each year. Yet it is big business in China, where it receives strong government support and is driving a surge in illegal wildlife trade.

According to Nature, “some life-saving therapies have come from natural products” but nevertheless “TCM is based on unsubstantiated theories about meridians and qi.” It warns that “collecting more evidence on TCM requires sustained and rigorous basic and clinical research to separate out harmful practices, those that have promise and those that have merely a placebo effect. The WHO’s association with medicines that are not properly tested and could even be harmful is unacceptable for the body that has the greatest responsibility and power to protect human health.”

Commenting on the measure, Donald Marcus, an immunologist and professor emeritus at Baylor College of Medicine in Houston, Texas wonders, “at some point, everyone will ask: why is the WHO letting people get sick?”

Also last year, the same WHO classified video game addiction as an official mental health disorder, something which was opposed by the American Psychiatric Association, which stated there is not “sufficient evidence” for this move, as researchers have pointed out that this “can only expand the false-positive issues in psychiatry.”

A lot more is wrong with the World Health Organisation. According to the Consumer Choice Center, “the WHO focuses more on fighting non-communicable diseases than on identifying and containing threats to global public health such as Ebola and COVID-19”. The same group has also pointed out that “the WHO preaches openness but most decisions are taken behind closed doors and journalists are regularly being removed from Framework Convention on Tobacco Control (FCTC) Conferences of the Parties.”

Many people assume international governmental organisations have a high degree of “staying power.” In reality, more than one-third of international governmental organisations created since 1815 have died, according to a study. One of the findings was that states often prefer to create new organisations, as opposed to reforming existing ones. When a profound investigation will take place to find those responsible for compounding the damage of the Covid-19 virus, it will be hard not to single out the WHO and when considering how to reform it, and how previous attempts have failed. In some cases, a defunct international organisation has been simply abolished and replaced by a successor organisation that took over some of its tasks.

An alternative to the politicised and dysfunctional WHO could be to create a rapid international response body, tasked to coordinate the actions of national public health bodies. Thereby, the “one seat, one vote” – system, which opens the door to politicization – could be replaced with voting powers in line with financial contributions, similar to how the World Bank is governed.

Whatever the course, “Dr. Tedros” and his club should expect the heat to increase.