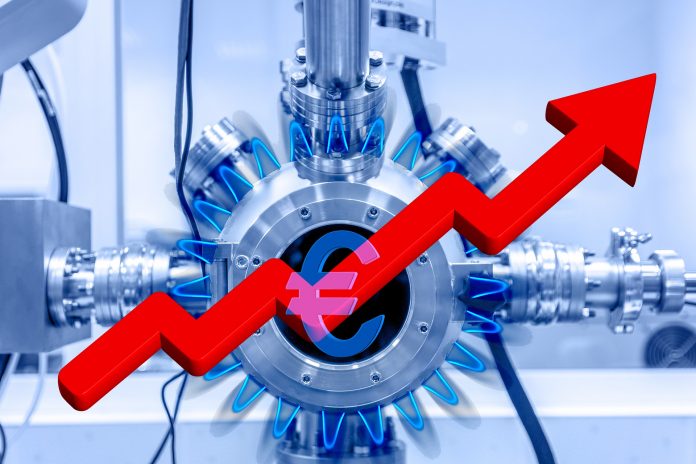 « In the EU, we now apparently have a situation where countries that pursued prudent fiscal policies in the past, enabling them to keep their debt ratio and their public finances in general at a healthy level, are being denied the right, in crisis circumstances, to use their hard-won policy space in the interests of citizens and businesses», MEP Johan Van Overtveldt writes in response to the EU’s response to the energy crisis.

Russian President Vladimir Putin is presenting an upside-down view of the world, espousing lies and fake news. With his recent annexation speech, he has reached unmatchable heights in this specialty. The combination of half facts, twisted facts and outright lies is a powerful weapon, especially when a critical attitude is lacking and when knowledge of real facts and historical data is lacking among many.

However, in the free West, the population isn’t spared disinformation either, albeit on a different level. More subtle, seemingly harmless, but not less fake are the statements by Belgian Energy Minister Tinne Van der Straeten. She has been claiming that there would not be any problem regarding gas supply, and that a hefty EU price cap on gas is therefore an excellent idea. As a matter of fact, this is sheer nonsense.

It is true that today, there is no immediate major problem with our gas supply. That will however change immediately in case a significant cap on the price of gas would be introduced. The Belgian government has already been toying with our energy supply security by closing the Doel 3 nuclear power plant.  In doing so, it has made Belgium even more dependent on gas. Will it now gamble with that supply too?

🚨 @vonderleyen's letter to the 27 member states on gas price cap options is out there 🚨 pic.twitter.com/iBAoYYzl5K

Thankfully, policy makers from countries like Germany, the Netherlands, Austria and Denmark are taking the risk of supply problems into due consideration. Minister Van der Straeten and the rest of the Belgian government should do the same, instead of stubbornly sticking to complete economic nonsense.

Any relevant gas price cap would immediately cause a supply issue

After all, a significant cap implies that it is set significantly below the market price for gas. Otherwise, such a price cap is meaningless at all. By the way: the gas price has been on a firm downward trend since the frenzied competition between EU member states to drag in that extra cubic metre of gas ended.

The day a relevant price cap is introduced, a huge supply problem immediately arises. After all, who is going to supply gas below the market price, which is the price at which gas suppliers find sufficient demand in the market anyway? Does Ms Van der Straeten really believe that a united front of European countries would last more than three days in such a situation?

Moreover, should this foolish policy be pursued anyway, there is only one option left to the government to avoid a debacle: it would then have to cover the difference between the price ceiling and the market price. Even at current prices, but especially if the market price were to skyrocket again, this would quickly amount to billions of euros.

After all, the reality is that we need that gas, not only for domestic and industrial consumption but also for our electricity supply. Partly due to the reduction of our nuclear capacity, we absolutely need that gas.  Minister Van der Straeten’s path therefore inevitably leads us to rationing of electricity and gas and/or an additional hole in her government’s already hopelessly leaky budget.

As the Iberian solution, capping gas prices for electricity generation to bring down retail prices, is gaining traction EU-wide, important to see what it will do to gas demand – a shortcut to gas rationing.

Fallout from nuclear in France clearly being plugged by gas plants. pic.twitter.com/BHLhB1sPNC

Up against budgetary reality

There is also something to be said about that budgetary reality. It is worth checking the reactions of certain EU member states to Germany’s recent energy 200 billion plan, intended to soften the energy blow to German consumers and producers. The German economy is almost eight times larger than the Belgian one, so a similar plan for Belgium would amount to mobilising 25 billion euros, an unthinkable figure given the already very precarious state of the Belgian budget.

Germany does have that fiscal space. With a budget deficit of 3.5% and, above all, a debt ratio of 70% (each as % of GDP), Germany is in a much better position than Belgium and most other EU member states. Yet, the German plan provoked particularly negative reactions in Europe.

French euro commissioner Thierry Breton pointed out that other member states could not do the same as Germany and that the German plan would therefore skew European relations. Guido Crosetto, the top adviser to Giorgia Meloni, Italy’s future prime minister, went wild. In the Financial Times, he described the German plan as “a precise, deliberate, undiscussed and unreported action that undermines the existence of the European Union”. It probably is not necessary to mention that Italy’s public finances are in deep trouble.

What is striking in the flood of negative reactions to Germany’s energy plan is that almost all of them come from ministers from countries that are in (much) worse shape in terms of budget and debt than Germany. Also striking is that these reactions are not about the content of the German measures but about Germany’s right to launch such a plan. In other words, Germany should supposedly be denied the right to do this because others do not have the budgetary space to do so themselves.

In sum, we have now apparently arrived in the European story in a situation where countries that pursued prudent fiscal policies in the past and thus were able to keep their debt ratio and their public finances in general at a healthy level, are now, during a crisis, denied the right to use the hard-won policy space to the benefit of citizens and businesses.

The reason for this? Because other EU member states that failed to conduct serious fiscal policy in the past do not have those opportunities. Even if we forget for a moment that financial transfers from stronger countries like Germany are already keeping them afloat, this really completely at odds with economic logic.

German Chancellor Olaf Scholz is taking a go-it-alone approach in pouring up to €200 billion into the German economy to help cushion the impact of soaring energy prices.

It has sparked howls of protest from the Italian and French commissioners to the EU.https://t.co/lOwvBHEUXM

There is a lot to discuss — not least of which Germany’s massive €200 billion gas price cap.

Our Brussels Playbook has the rundown on what to expect: https://t.co/jbs20DODFM pic.twitter.com/fXWOmERG3d

It must be an entire coincidence, but the ministers that furiously opposed the German energy plan almost all come from the group of EU member states that rallied around the demand for a price cap on gas.

Limiting the price of gas has been a dividing issue since spring when Spain and Portugal first floated the idea. Now, at least 15 member states support the idea. #pricecap #gas #energy #EU https://t.co/keFzmOwwLd

These are mostly countries in dire financial straits, and Belgium emphatically belongs to that group. The latest data from the Belgian «monitoring committee» foresee a budget deficit of 28 billion in 2022 (5.1% of GDP), which would increase to 33 billion in 2027. Belgium’s public debt would evolve from 106% of GDP at the end of 2022 to 116% of GDP at the end of 2027.

To those claiming that I, as a former Belgian Finance Minister, should be held partly responsible for this budgetary situation: at the end of 2018, when I left office, the budget deficit had been reduced to €3.4 billion or 0.7% of GDP. The government I belonged to, which was led by Charles Michel, inherited from its predecessor, led by socialist PM Elio Di Rupo, a budget deficit of 12.3 billion or 3.1% of GDP over 2014. Not only was the budget deficit closed by almost 80% during the 2015-2018 period, the tax burden went down by a full percentage point of GDP, amounting to €4.5 billion. This happened mainly through a reduction in the taxation of labour, which resulted in the job intensity of economic growth increasing to historic highs. Over the period 2015-2018, the economy grew by 8.5% while employment rose by 7%, a ratio not seen in decades.

To be fair, if it had been up to me alone, we would have done more, as we did not achieve a balanced budget.  However, the sharp improvement of Belgium’s finances and employment prospects at the time contrasts sharply with the current Belgian government’s policy, which failed to perform well in any of those areas. I am sad to see our efforts made undone. At a time of crisis, the current Belgian federal government coalition is mopping up with the budgetary taps fully open.  Any attempts to undertake structural reforms or bold policies that serve the general interest have long been abandoned.

The Groningen field could produce enough gas to totally replace Germany's imports from Russia, but instead it's being closed downhttps://t.co/W1yA0iGarN